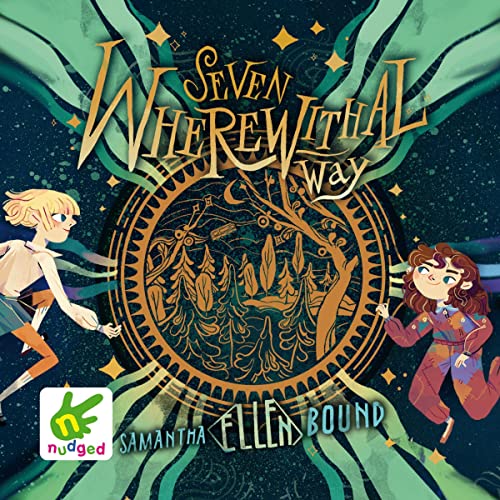 Celeste is having the worst summer ever. Her parents are off on an adventure, and she's stuck at Gran's house with her annoying little sister, Esme, and strict instructions to be responsible. Or, as Esme says, boring. So when their eccentric cousin Ferd crash-lands a flying bus in the yard, what choice does Celeste have but to follow Ferd back home to Seven Wherewithal Way?

Wherewithal—Ferd’s house and the gateway to the many Realms unreachable from Earth—is bursting with magic and mystery and enchanting creatures. It's Celeste's favourite place in any world. But when something tries to break in through the portal in the pantry—the door to the mystical Realm of Forests—Celeste learns that both Wherewithal and her beloved cousin are under threat. If Celeste wants to save her cousin, their home, its inhabitants and possibly even all the Realms, she is going to have to find her adventurous side. Fast.

Full of heart-in-your-mouth action, unforgettable characters and folklore-inspired magic that feels both fresh and familiar, Seven Wherewithal Way is the first book in an epic portal fantasy series.