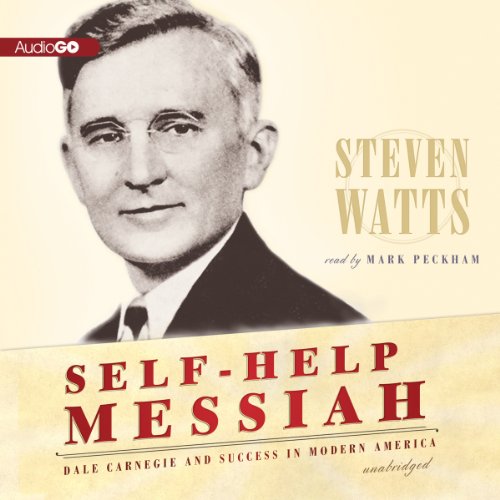 An illuminating biography of the man who taught Americans "how to win friends and influence people."

Before Stephen Covey, Oprah Winfrey, and Malcolm Gladwell there was Dale Carnegie. His book, How to Win Friends and Influence People, became a best seller worldwide, and Lifemagazine named him one of the "most important Americans of the twentieth century." This is the first full-scale biography of this influential figure.

Dale Carnegie was born in rural Missouri - his father a poor farmer, his mother a successful preacher. To make ends meet he tried his hand at various sales jobs, and his failure to convince his customers to buy what he had to offer eventually became the fuel behind his future glory. Carnegie quickly figured out that something was amiss in American education and in the ways businesspeople related to each other. What he discovered was as simple as it was profound: understanding people's needs and desires is paramount in any successful enterprise. Carnegie conceived his book to help people learn to relate to one another and enrich their lives through effective communication. His success was extraordinary, as 1920's America craved a little psychological insight that was easy to apply to everyday affairs.

Self-Help Messiah tells the story of Carnegie's personal journey and how it gave rise to the movement of self-help and personal reinvention.

An important narrative with some performance issues

The recording is generally good, but relatively often, the voice changes tone/pitch/levels, suggesting that the particular phrase was recorded separately. This is not a huge deal but was noticeable.

The content was good, perhaps important for understanding US, but there is a lot of repetition: repeated quotes, anecdotes, etc. several times i had to check to see that I hadn’t accidentally gone back to an earlier chapter

Very informative and compelling bio from a founding father of personal development and the author of the best human relations book ever. Nice to know he walked his talk and never let his guru status go over his head.

The narrator did a good job, the biography was interesting & well put together. I would recommend listening to this one.