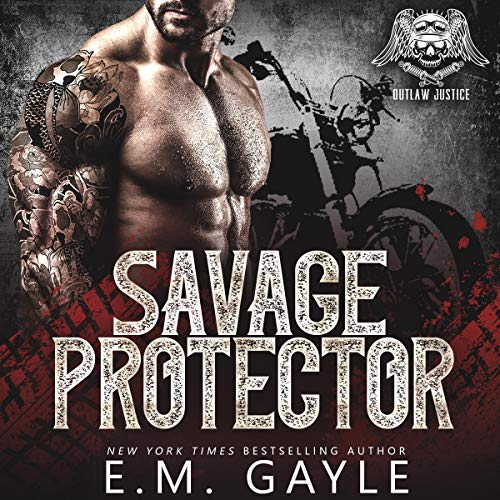 When their two worlds collide, it’s like hellfire and salvation rolled into one...until it turns deadly.

Houston Reed is an irresistible combination of ink, leather, and muscle who looks like sex and trouble. But all he wants is freedom from the Sins of Wrath MC.

Isabella is a mere pawn in a bargain struck between two dangerous men, one of whom is her father. To survive, she has to run.

Houston thought he escaped from his past. Isabella hoped she was running from her future.

That’s the problem with running away. What you’re running from always catches up with you.

Emotional but has a Cliffhanger Ending

This story was good, what there was of it, I became so invested in it, it's a well-written emotional, heartbreaking story about Houston and Izzy who are both broken but are both doing their best to just survive. They meet, they connect, things look good but then..... There is more could say but that would involve spoilers which I don't want to do.

The story ends on a cliffhanger which definitely left me wanting more. I was completely drawn in by the characters, the dynamics, and the plotline so much so that I didn't want to stop listening but it ended far too soon! I appreciate that it's book one in a trilogy but I was expecting a complete story. Nothing to be done I'm afraid but wait for the next book.

The narration of the book was very well done by Conner Goff and Lacie Glennox they work really well together and certainly added to my enjoyment of this book. If further books in this series are put into Audible I hope E M Gayle uses them again.

I was given this audiobook by Story Origin with no obligation to write a favourable review - my review is written voluntarily and contains only my personal opinion.

I really loved what was here but it is little more than a teaser. It sets up the story of Houston and Isabella (Izzy). She is a runaway and right when things get to the boiling point we are left with a cliffhanger. If I had known it was a cliffhanger and has two more parts to it I would have never started it. I HATE CLIFFHANGERS. Houston is also a very interesting character. I feel he is getting deeper into a situation he doesn’t know about nor want to. This has all the making of a great story IF it were complete. As for the narrators. They did an excellent job. I really enjoyed the story because they were good to listen to. This is really rare. I listen to a lot of audio books and the narrator can make or ruin even a good story. I’ll probably read the rest of the story because it is that good but I will watch before I purchase any from this author.

I love to read but don't have time or focus with life. but I have decided to walk for time alone to just recharge and get away. that is the only time I can focus enough to truly hear the book I'm listening to.

this book has made walking every night ENJOYABLE!!

Loved this story line. kept me interested awhere I could not put it down. Loved it
Can wait for the next book

The story started out with a runaway bride and ended up with a hookup. Wasn’t thrilled with the beginning of the story but it definitely got better. Getting ready to listen to book 2. The narration was great!

good MC story but a cliffhanger

This is a good start to this new series, but fair warning that it is a cliffhanger. Houston is in an outlaw MC...but he doesn't really want to be. Then he meets Isabella...the chemistry between them is smoking...but she is running away from a life that she doesn't want. Can these star-crossed lovers outwit fate and have a happily ever after?
I accepted a complimentary copy of this book in exchange for an honest review.

Omg, I can’t believe this is happening. This book is way too good. I was hook after listen to the first chapter. How is it that people from different walks of life end up Shari g the same soul. I truly am surprised Isabella and Houston hasn’t ran into each other before now. Now seems to be the best of times cause they are hooked and nothing will stop Houston from protecting Isabella.

Great first book of the trilogy!

I was given this free review copy audiobook at my request and have voluntarily left this review. Great beginning to the story, Houston is home from the service and Izzy running away from her life. Love the chemistry between Houston and Izzy. This is a story that will keep you on the edge of your seat. I can't wait for the next book in the trilogy. The narrators Conner Goff and Lacie Glennox does a great job with this story and characters.

One of my favorite authors!

While i usually only listen to audiobooks with duet narration, because this is one of my favorite authors, i decided to listen anyway. I enjoyed the story and will definitely move onto the next book in the series!

I desperately need the next one that ending was torture. I loved the characters and the story line. It was hot and full of twists and turns