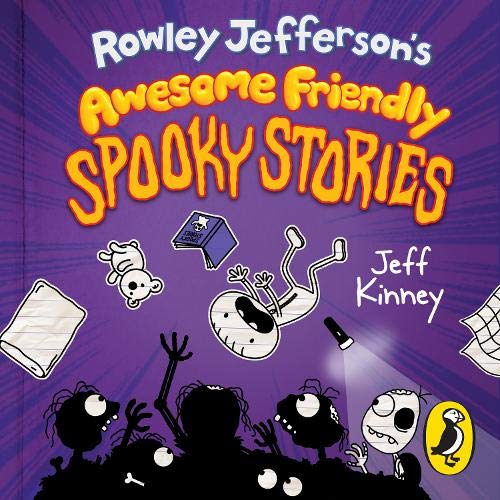 Brought to you by Puffin.

Grab a flashlight, crawl under the covers and dive into the twisted, unexpectedly hilarious world of Rowley Jefferson's imagination. You'll meet zombies, vampires, ghosts and much more in these comically terrifying tales.

Rowley's spooky stories might leave you laughing, but beware - you could end up sleeping with the lights on!

I really liked this book, but I don’t really like the voice of the reader. Overall this is one of the best shortest books ever!

Fun to read but different to his usual books. Multiple stories instead of one. Thanks