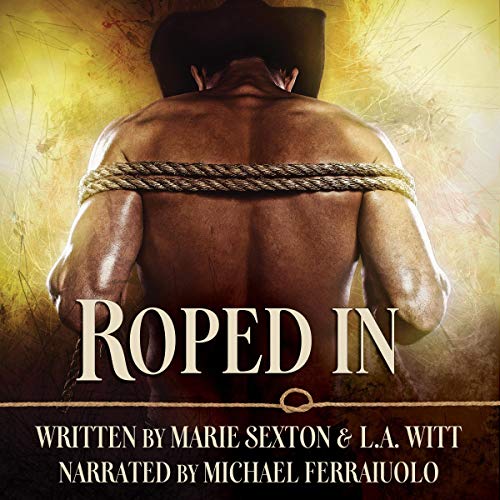 Graham and his roping partner, Jackson, have been friends since they were boys. They've ruled the rodeo scene for 10 years running, but lately, Graham’s heart isn’t in the game. He’s tired of the bruises, the cowboy mentality, and the animal rights activists who picket every event. He's also tired of being in love with Jackson, and nothing’s been the same between them since their disastrous drunken encounter the year before.

Then Graham has a run-in with one of the rodeo protesters, and everything changes. Kaz is young, idealistic, and sexy as hell. But he's also a know-it-all, animal-loving vegan, bent on saving the world one cow at a time. They have next to nothing in common, but Graham can't stop thinking about what might happen if they can stop butting heads long enough to give it a try. Unfortunately, no matter how attracted Graham is to other men, he always panics and runs when the clothes start to come off. But Kaz has an idea for getting Graham past his nerves and into bed.

All they need is a bit of rope.

Would I listen to it again: yes
Did the story keep me engaged: yes
Was I invested in the characters: yes

Story comment: All i'm looking for in a book is to be lost in a good story for a few hours and this one ticks the box 😊
The characters are likeable and the pace is good, I'd call ít an easy, low drama, opposite attracts listen. Kaz, an animal rights activist learns the noise of protesting isn't dialogue and cowboy Graham discovers his submissive nature blossoms under Kaz's masterful skills with a rope.
The rift between best friends tugged at my heartstrings, but I have faith it will be sorted in time. I liked that Graham and Kaz need to compromise to make their relationship work and find middle ground.