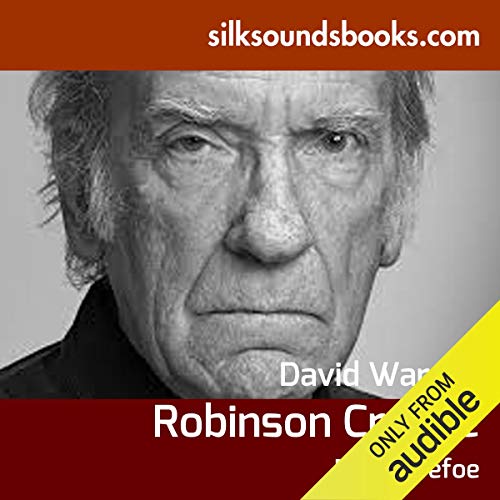 Likewise, 'Man Friday', Crusoe's servant on the island, has become a name commonly used to describe an indispensable assistant who will turn his or her hand to anything. The idea of being marooned is one that grabs all of us, from the thought of the effects of isolation on the human mind to what records we'd take.

Although there were many true tales of castaways in Defoe's time (his inspiration for Crusoe was probably a Scottish sailor named Alexander Selkirk, who was rescued in 1709 after four years on the uninhabited island of Más a Tierra in the Juan Fernández Islands off the Chilean coast), the attraction of Defoe's work is that it departs from the dryly factual and explores instead the thoughts, feelings and occupations of the castaway, and hence the story achieves its everyman status.

The theme behind Crusoe's adventures is open to a wide range of interpretations. James Joyce saw him as a symbol of British colonialism; JP Hunter saw him as a pilgrim progressing through adversity and experience towards a closer relationship with God.

Great performance by a great actor

David Warner is a marvelous actor with the experience and intelligence needed to carry this story from beginning to end. At times Defoe, the author, gives him some real difficulties, but he makes even these difficult passages clear and approachable. Like many early classics the author is sometimes in need a good editor, but Warner handles all of it brilliantly. Those who want to savor the riches of Defoe's English will enjoy this version perhaps best of those many that are available.

More than a shipwreck story

I remember reading Robinson Crusoe when I was about 11 or 12, and just barely able to get through the writing style. at the time I thought it was just a very difficult to read adventure story. Now, over four decades later I find it a compelling story of a man's ever-changing relationship to God. David Warner's narration is wonderful.

Great narrator! He has a good voice, and it has some amazing drama (well he is an actor after all)

First half is the best part

I enjoyed the first half the best. It is still worth listening to the whole book

after reading it many years ago, listening was a real treat. i would highly recommend it

The ingenuity is fantastic.

The naturally submissive minority characters, not so much.

On the whole, a good book, but, if you're Black of Latino, it'll be yet another "he was so smart and good at writing. Why was he also a schmuck who couldn't imagine that my people were just like his?," moment.

This is one of my favourite books. I chose this version because I thought a big name reader would be best. However I found the reading extremely monotone and flat. It spoiled the book to such an extent that I didn't finish it.