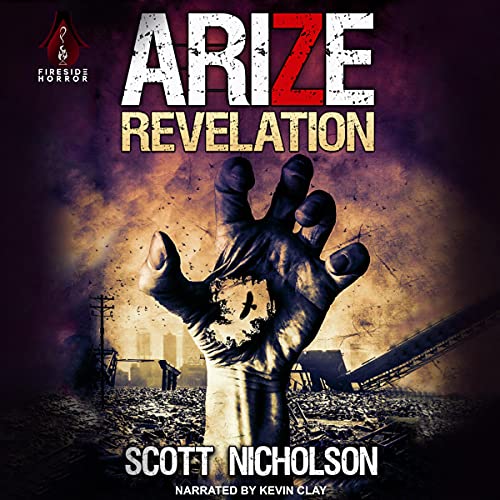 In the midst of a zombie outbreak, Dr. Meg Perriman and a group of survivors head for the BioGenix research lab to work on a cure.

But the journey won’t be easy. The government has fallen under the spell of the enigmatic Rev. Cameron Ingram, who sees the outbreak as a sign of the Biblical apocalypse. Storms, earthquakes, and devastating plagues appear to support the preacher’s doomsday message. Worse, the dead are rising from their graves, and Meg isn’t sure science can explain these sinister mysteries.

As Ingram forces the world to submit to his authority, Meg and the others must fend off a growing army of the living dead. And killing them once is not enough.

Scott Nicholson is the international best-selling author of more than 30 thrillers, including the After and Next post-apocalyptic thriller series. Other thrillers include Stoker Award finalist The Red Church, The Harvest, The Gorge, Speed Dating with the Dead, and Soft Robots. With more than 800,000 books sold, he's appeared in the Kindle Top 100 more than a dozen times in five different countries.