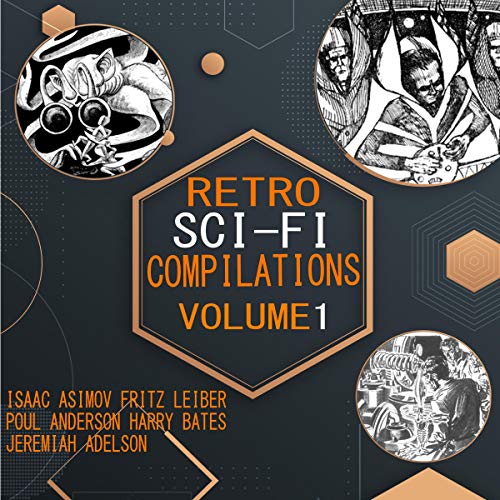 Do you want to get lost in some of the best science fiction ever written?

The four books included in the compilation are:

Youth by Isaac Asimov: Red and Slim found the two strange little animals the morning after they heard the thunder sounds. They knew that they could never show their new pets to their parents.

The Snowbank Orbit by Fritz Leiber: Earth could not stop the enemy's remorseless advance from outer space. Neither could the enemy!

Sentiment Inc. by Poul Anderson: The way we feel about another person or about objects is often bound up in associations that have no direct connection with the person or object, at all. Often, what we call a "change of heart" comes about sheerly from a change in the many associations which make up our present viewpoint. Now, suppose that these associations could be altered artificially, at the option of the person who was in charge of the process....

Hawk Carse by Harry Bates: One of the spectacular exploits of Hawk Carse, greatest of space adventurers.

Enjoy these classics and look out for more from the Retro Sci-Fi Series!