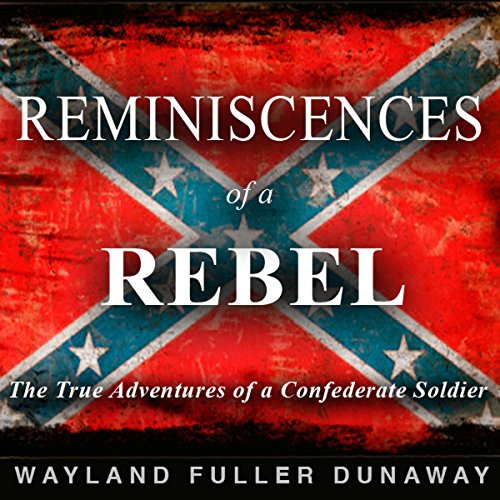 In April 1861, upon the outbreak of Civil War in the United States, Wayland Fuller Dunaway left his college classroom and entered the ranks of the men who fought the bloodiest war ever waged on the North American continent. A captain in the Army of Northern Virginia, he marched hundreds of miles in Stonewall Jackson's command; saw Generals Lee and Longstreet; was among the first soldiers to fight at Gettysburg, where he also participated in Pickett's Charge; and fought against the lines of strangers in blue who, no matter how many times they were defeated, always returned to invade his beloved Virginia.

We have no time machine with which to visit the America of 1861, but Captain Dunaway's humble narrative of an ordinary participant in the Civil War shines a light back through the mists of time to show what we were like as a people.

Great story. Held my attention very well. The author had an interesting story to tell, and he told it in a way that it's easy to imagine yourself right there with him during the war.

The war wasn't fought over slavery, and any who say otherwise should listen to this rebels tale. Highly recommended