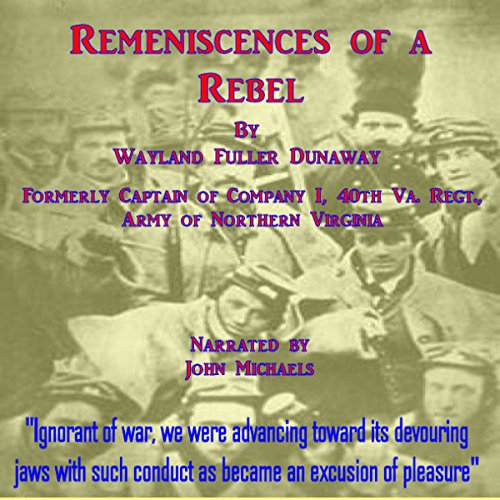 Wayland Fuller Dunaway served as a Captain of Copany I, of the 40th Virginia Regiment of the Army of Northern Virginia fought in all the battles of Lee's Army until he was captured after the Battle of Gettysburg, whereupon he is incarcerated at Johnson's Island until the end of the war. This narrative gives an excellent picture of life in the Army of Northern Virginia.

Really good story of a soldiers life from his own point of view. A different look at the Civil War.