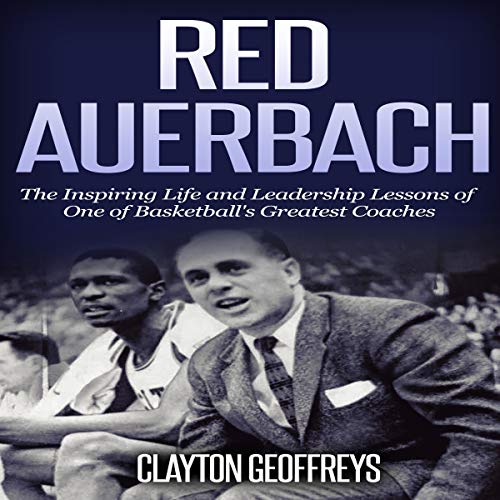 Red Auerbach: The Inspiring Life and Leadership Lessons of One of Basketball's Greatest Coaches

In Red Auerbach: The Inspiring Life and Leadership Lessons of One of Basketball's Greatest Coaches, you will learn the inspirational story of one of the greatest basketball coaches and executives of the 20th century, Red Auerbach. Few have left as indelible of a mark on a single franchise as what Red achieved in his time with the Boston Celtics. As a coach, he led the team to nine championships and as an executive, another seven.

Needless to say, Red Auerbach will always be remembered for the substantial impact he left on the game. Often regarded as the pioneer of introducing the fastbreak into the modern game, now it seems like a team cannot win without some element of the fastbreak in their core strategy. Get a copy of this audiobook today to learn what made Red so great as a coach and as a leader.

Here is a preview of what is inside this book: