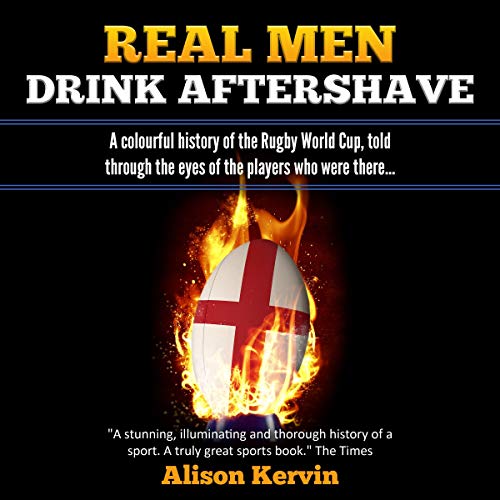 Since its inception in 1987, the rugby union World Cup has gone from being a cheerful, amateurish kick-about to one of the world's premier sporting events, third only to the football World Cup and the Olympics in terms of global reach. Along the way it has mirrored the sport's occasionally painful march into the professional era, with commensurate advances in the standard of play but also, some would argue, a loss of innocence as the marketing men have moved in on an increasingly lucrative property. But the competition is still - mostly - about the game itself. And Real Men Drink Aftershave is the real tale of the rugby World Cups - the players' stories - the funny, the irreverent, the real, and the fascinating tale of the history of the competition from the perspective of those who took part.

From the players who got drunk all the way through the 1987 World Cup to the high-level training programmes and sophisticated tactics of 2003 - here is the full story. Written by one of the game's foremost insiders and observers, Real Men Drink Aftershave is destined to become the definitive history.

Worst of all is the writing. Impossible to know who’s perspective we’re listening to at any time, poorly structured and incredibly English biased.

Some reading errors are still in /not corrected?
Also a half hearted approach to accents.