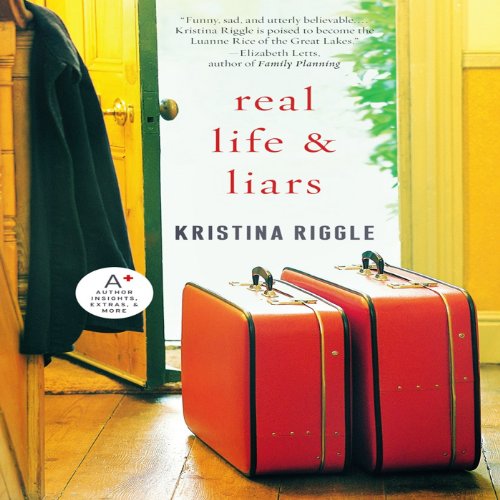 Sometimes you find happiness where, and when, you least expect it.

For Mirabelle Zielinski's children, happiness always seems to be just out of reach. Her polished oldest daughter, Katya, clings to a stale marriage with a workaholic husband and three spoiled children. Her son, Ivan, so creative, is a down-in-the-dumps songwriter with the worst taste in women. And the "baby," impulsive Irina, who lives life on a whim, is now reluctantly pregnant and hitched to a man who is twice her age. On the weekend of their parents' anniversary party, lies will be revealed, hearts will be broken...but love will also be found. And the biggest shock may come from Mirabelle herself, because she has a secret that will change everything.

Where does Real Life & Liars rank among all the audiobooks you’ve listened to so far?

It would land in the middle I loved the story the multiple perspective the narrator was awful and that is the reason I put it in the middle.

What other book might you compare Real Life & Liars to and why?

Gone Girl..... The perspective and the flow of the book

Would you be willing to try another one of Joyce Feurring’s performances?

no it sounded like she was sleepy all the time....One character smoked pot it sounded like this narrator joined her throughout the whole book. Change between perspectives should have been more pronounced

If you could rename Real Life & Liars, what would you call it?

I liked the name

It's too bad that you didn't have different narrators do the different character's perspectives it would have enhanced the book a lot.