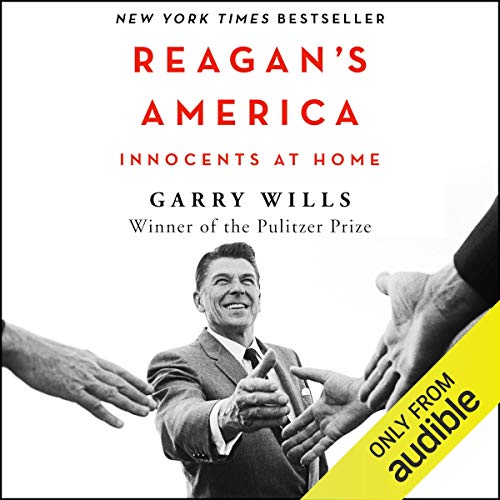 New York Times Best Seller: A “remarkable and evenhanded study of Ronald Reagan” (The New York Times) from the Pulitzer Prize-winning author of Lincoln at Gettysburg.

Updated with a new preface by the author, this captivating biography of America’s 40th president recounts Ronald Reagan’s life - from his poverty-stricken Illinois childhood to his acting career to his California governorship to his role as commander in chief - and examines the powerful myths surrounding him, many of which he created himself.

Praised by some for his sunny optimism and old-fashioned rugged individualism, derided by others for being a politician out of touch with reality, Reagan was both a popular and polarizing figure in the 1980s United States, and continues to fascinate us as a symbol. In Reagan’s America, Garry Wills reveals the realities behind Reagan’s own descriptions of his idyllic boyhood, as well as the story behind his leadership of the Screen Actors Guild, the role religion played in his thinking, and the facts of his military service.

With a wide-ranging and balanced assessment of both the personal and political life of this outsize American icon, the author of such acclaimed works as What Jesus Meant and The Kennedy Imprisonment “elegantly dissects the first US President to come out of Hollywood’s dream factory [in] a fascinating biography whose impact is enhanced by techniques of psychological profile and social history” (Los Angeles Times).