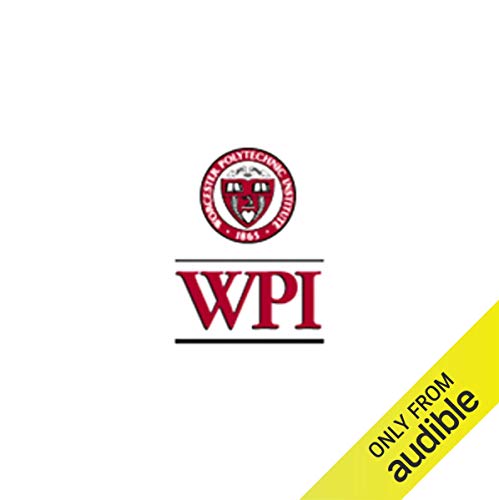 Ray Kurzweil, the world-renowned inventor, futurist, and author, addresses the graduating class at Worcester Polytechnic Institute's 137th commencement in Worcester, Mass. Kurzweil talks about what he calls "the three great revolutions:" genetics, nanotechnology, and robotics. His message to the graduates: "Creating knowledge is really what the human species is all about." Ray Kurzweil is one of the world's leading inventors and innovators. Among his many achievements, he was the principal developer of the first omni-font optical character recognition (OCR), the first print-to-speech reading machine for the blind, and the first text-to-speech synthesizer. His numerous honors include induction into the National Inventors Hall of Fame in 2002. His web site www.KurzweilAI.net is a leading resource on artificial intelligence.
©2005 Worcester Polytechnic Institute (P)2005 Worcester Polytechnic Institute

This was a worthwhile 11 min update on Kurzweil's view of the future - circa 5/05. While not all that inspirational, it was certainly interesting, and full of the usual Kurzweilian visioning - vaguely supported, but intellectually fascinating projections on current technology trends. The last line got a timely chuckle from the audience - and me.

never has a speech about something so revolutionary been made so trite and boring.

I like free stuff on audible! Esp ray k. And talks about exponential technology. Checkout the book BOLD if you like this

Ray Kurzweil is a strange man

Would you try another book from the author and/or the narrator?

What could the author have done to make this a more enjoyable book for you?

We all know Ray Kurzweil is a strange egg. His speech was well thought out and informative. I'd previously seen a documentary on him on Netflix so I had already heard most of the talking points. What was weird was how he read it. He seemed to be speed reading the speech so as to get it over with as fast as possible. I got the impression that either he was nervous and wanted to get off the stage ASAP, or he had read the same speech 50 times before and wanted to plow through it. It was very awkward to listen to.

However, I listen to everything at 2x speed since I find most narrator talk like snails run. Perhaps Ray spoke perfectly well normally, and for me at 2x it sounded strange. I may have to re-listen.

Who would you have cast as narrator instead of the narrator?

Was Ray Kurzweil Commencement Address at WPI (May 21, 2005) worth the listening time?

Yes. It's only 11 minutes so I say go for it. Especially if you haven't read or heard anything else by him.

He is brilliant but be prepared

Kurzweil is obviously ahead of his time. This is a pretty good conversation between him and a number of callers (at least one who calls him a “crackpot”) with Ray explaining his theories from human longevity to nanotechnology. You don’t get deeper than his two latest books but it is an excellent primer for anyone who is not already familiar with his work

This lovely little snippet of the genius shows us why Audible needs more of Kurzweil.

I'd make it far longer.

Do you think Ray Kurzweil Commencement Address at WPI (May 21, 2005) needs a follow-up book? Why or why not?

This is a great taster, but the indepth analysis and predictive tools used are so interessting that this is just the tip of the iceberg.

I'm not a fan of such police type stories so am not the best to judge. For me it was monotone & same old same old. No depth to the story as the personalities of the characters was not built up. More like a factual blow by blow of events. Did show how police learn to see the bad in everyone, & how they can easily become synical. Narrator was very good.

A brief and useful insight into Kirtswile's philosophies and the work that he has embarked upon.