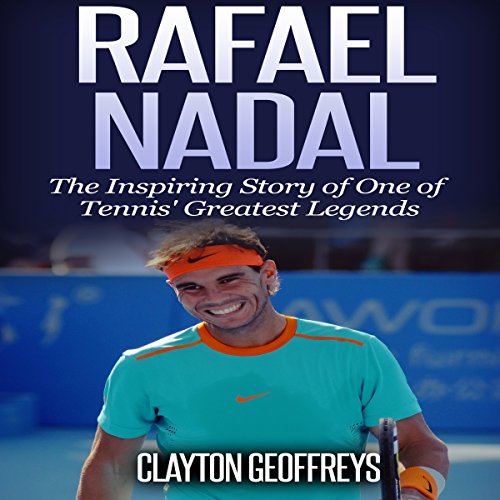 Learn the inspiring story of one of tennis' greatest legends, Rafael Nadal!

In Rafael Nadal: The Inspiring Story of One of Tennis' Greatest Legends, you will learn the incredible story of one of tennis' best players, Rafael Nadal. For the last two decades, three men have dominated the game of tennis: Roger Federer, Novak Djokovic, and Rafael Nadal. Nadal will likely go down as the greatest clay-court player to ever grace the court.

At the time of this writing, Nadal is just 31 years old, meaning he will likely have a few years of his career left to capture more grand slams. In this unauthorized biography, we'll explore Nadal's journey to becoming one of the all-time greats, and learn what it has taken him to reach where he is today.

Rafael Nadal: The Inspiring Story of One of Tennis' Greatest Legendsに寄せられたリスナーの声

90% is just a dry summary of his major tournaments and matches. No storytelling. The reader makes it even worse. Comes across as insincere and obviously did zero homework (mispronounces names, etc). Just read Rafa’s Wikipedia page and you’ll get the same for free.

Content: weak and insipid. You’ll learn more about the character of Rafael Nadal by watching his post match interviews. The content basically describes the scoring of his matches and little more. Narration: Even worse than the content!!! I find it unimaginable that a reasonably professional reader - the narrative text was generally acceptable - would either decide or be cajoled into trying to act the voices of the various players, coaches and other quotes. It’s disconcertingly bad ... so bad that of all the hundreds of books I have read or listened to on Kindle or Audible, this is the only review I have ever written. Find other sources to discover Rafa.

Hard to listen to because of the narrator

Am I listening to an audiobook or a sports announcer who’s trying to pump up his broadcast. He’s trying entirely too hard. Just read it dude....leave all the emotion out of it!