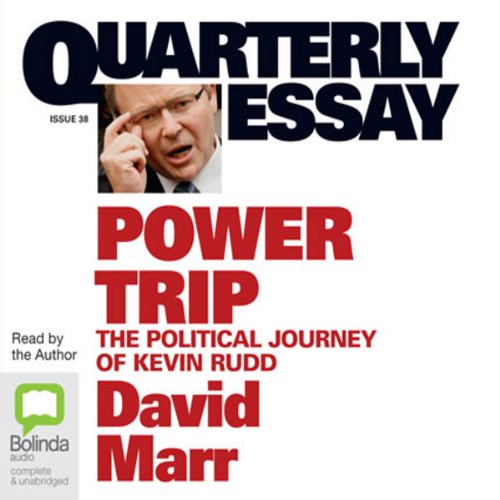 This irreverent, controversial account is sure to be one of the most talked-about publications of election year 2010 - a groundbreaking, in-depth profile that traces Kevin Rudd's years in Queensland, in China, in opposition, and finally in government. Based on extensive research, observation, and interviewing, it examines the forces that have made Kevin Rudd and the way he wields his power.

Marr investigates both the fragility of Rudd's hold on the Labor leadership, and considers what he might do with his popularity - if it is to be translated into a legacy of true achievement. Is he playing a long game? What manner of leader is he?