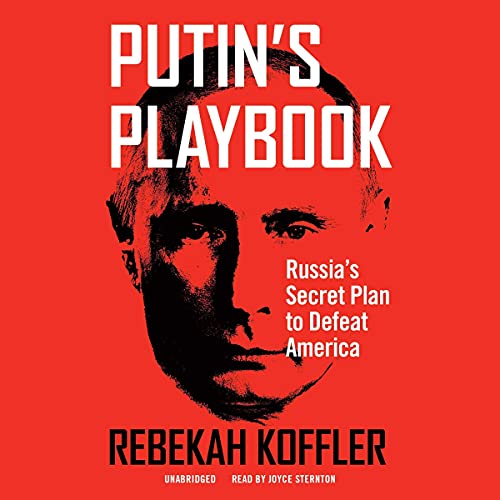 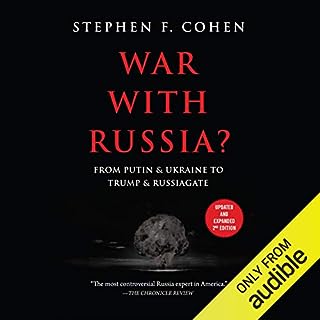 America is in a new Cold War with Russia even more dangerous than the one the world barely survived in the 20th century. All of this is exacerbated by Washington’s war-like demonizing of the Kremlin leadership and by Russiagate’s unprecedented allegations. US mainstream media accounts are highly selective and seriously misleading. American “disinformation”, not only Russian, is a growing peril. 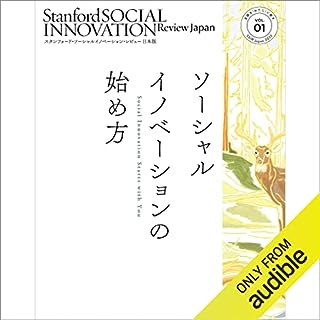 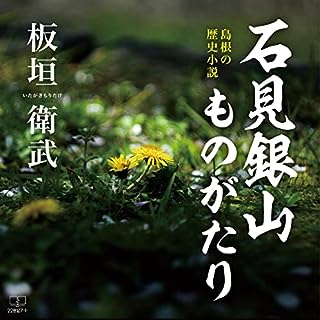 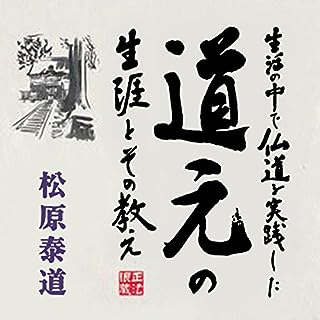 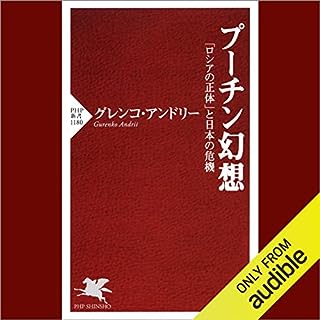 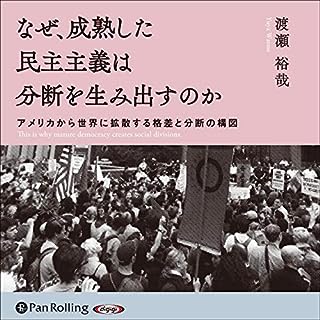 America is in a new Cold War with Russia even more dangerous than the one the world barely survived in the 20th century. All of this is exacerbated by Washington’s war-like demonizing of the Kremlin leadership and by Russiagate’s unprecedented allegations. US mainstream media accounts are highly selective and seriously misleading. American “disinformation”, not only Russian, is a growing peril.

Politicians and pundits on both sides of the aisle have accused Russia of interfering with our elections and our intelligence agencies. But the war Russia is waging against America is very different from anything you have heard in the press, as Russian-born US intelligence expert Rebekah Koffler reveals.

In Putin’s Playbook, Koffler details how Vladimir Putin is orchestrating a wide-ranging, multifaceted campaign to retake his country’s role as a superpower and to defeat America in the process. Koffler explains the Putin-ordered five-point master plan to defeat America, which includes spies, satellite killers, bombers, lasers, undersea cable cutters, cyber trolls, nuclear missiles, assassinations, and special techniques that Russia uses to distort Americans’ perceptions of reality. Koffler also reveals how Moscow plans to turn our strengths - such as our open, democratic society, the technology that pervades every sphere of our lives, and our aversion to war casualties - into vulnerabilities.

Koffler explores the military components of Russia’s strategy, including its powerful arsenal of conventional and nuclear weapons and the advanced new weaponry unveiled the day after the 2018 Trump-Putin Helsinki summit. She details why Moscow views America’s dependency on satellite technology for military operations as our country’s “Achilles’ heel” and alerts listeners to the newly erected National Center for State Defense, a wartime structure. Finally, there is a discussion of why Moscow violated the US-Russian Intermediate-range Nuclear Forces Treaty (INF). The picture is clear, warns Koffler: Putin is mobilizing his country for the “inevitable” war.

Koffler reminds us it’s imperative that the full extent of the Russian threat be revealed, both to those who are increasingly concerned and those who are just beginning to feel uneasy about foreign interference in, and manipulation of, our daily lives. The “warning system”, as Dan Coats, director of National Intelligence, declared, is “blinking red”.

I purchased this book to aid in my studies on US, foreign affairs. While some things are useful, the informed reader has to deal with many outright falsehoods put out by this very conservative biased author. Gen Flynn is not a patriot, but a Q-anon following, convicted (self admitted in guilty plea) liar about Russia. This author admits Russian meddling with elections then spins it in the very next paragraph and says there’s no evidence of it. It’s a book for scare tactics to make uninformed Americans think they are losing their democracy by democrats. I’m disappointed, as I was looking for a non-biased thesis on Putins motivations and methods. This book is unfortunately filled with contradictions as many assertions have since been proven opposite of the authors view in courts of law.

This should be read by every citizen and resident of the USA. Especially professors and teachers who IMO don’t realize they are traitors to this Country.

Americans need to hear this

The perspective of the native born Russian is invaluable for Americans to understand our cultural and philosophical differences. Rebekah lays out our naivety with simple and well documented facts. We need to understand and study the Russian perspective as well as they have studied ours. This book is the perfect first step in that process.
Her experiences with the bureaucracy also needs to inform the American public that we have serious issues regarding unaccountability of unelected officials acting like a ruling class accountable only to themselves.
Well done Rebekah and thanks for your continuing service to our country!

A very eye opening look into Putin and Russia. We need more Americans like Rebekah Koffler — more now than ever! I will be purchasing hard copies of this book as well!

The author would have made a stronger argument and appeared more credible if she would have focused more on Putin’s Playbook and less on politics. Came across as disgruntled and partisan. I’m a 27 year active duty service member and feel General Flynn’s actions actions were nearly treasonous. Unbecoming.

The book is biased and incorrect, don't buy!

Recommended by a friend, this author is not to be trusted. In the first few minutes, you hear "Trump/Russia collusion witchhunt," and that (falsely) the Mueller report vindicates Trump. The author then says that her ex-boss Michael Flynn was persecuted and is a great guy.

Within the first 2 minutes, the "Trump/Russia collusion witchhunt" is deemed as being exactly that and the Mueller report vindicates Trump and Michael Flynn is referred to as an American hero.

Well written, smart, and what we need.

The talking heads hate this book because it's full of what we need to save ourselves from the threats both outside and from within. Written by someone who actually experienced communism and knows the signs of what it looks like, where it comes from, and what it does to a society, this book provides insight into how recognize and deal with such evils.

Her defense of Michael Flynn

Destroys any credibility or legitimacy she might have had. Why she puts her views on this in her forward other than a poor attempt at legitimatizing Trumpism is nonsensical at best. If I had bought this as a paper book I would burn it..

Overall I think its a good book but(redacted)

The author is in a difficult position trying to present examples to develop her stores. She has overcome great obstacles and hurdles and should be commended for her accomplishments. I did get frustrated with all the redactions hence my joke. Seriously though
the U.S. needs her now more than ever.

I enjoyed this book for most part. It was an insightful dive into Russian intelligence strategy. But there were many points that turned me off. Koffler spends a lot of time trying to persuade the reader of her credibility, competency, how she was unjustifiably pushed out of her job, jealous co-workers who resented that she was working too hard and making people look bad. The chapter at the end that has nothing to do with Putin but serves as an opportunity for Koffler to push her own victim narrative.

Koffler goes out of her way to tell the reader early on that she isn’t going to be pushing any particular political persuasion. Her support for Trump is not subtle in this book, regularly defending him and criticising everybody else (often throwing blanket socialist accusations at anyone who doesn’t share her ultra-nationalistic point of view).

If you can look past these flaws, you’ll learn something new. But perhaps look elsewhere.

pretty obvious the author is a republican 😂

enjoyed it, was hard to listen to at parts though

Putin is perhaps the greatest threat to humanity since Adolf Hitler. This book explains why

In the words of Martine Luther King ‘ I judge a man by his own principles not that of my own’ I think that sums up this fascinating read on the Russian mindset therefor its threat and why we cat look at Russia through a western lens.

What the USA and the west needs to read history. We have had Putins throughout 1930\40s. Hilter worked on the gutless west would not stop him. Putin can be read like a book, dear author you just did that, the DIA heads should be replaced with people who have a brain for the Russian mind set.

The USA is a nation that’s rely on high tech weapon, I feel this will end badly for the people of the USA. Your adopted country needs people like you, how your people starts to learn to pull together, before it’s to late. All the best keep writing.

Could not get to the end.

From someone outside the US it is very obvious this woman does not know the difference between communism, socialism, dictatorships and a kleptocracy. I live in a socialist democracy and I certainly don’t live in poverty and I am not one of the government Elite. for somebody in intelligent services her sweeping statements were embarrassing and I could not finish the book. I think her experience with corrupt communism damaged her ability to be objective over all. I wonder if her ‘ processed data’ reflects her personal bias as much as this book did.

If you are looking for unvarnished information about Putin, you are getting a support argument for trump and michael Flynn. My money wasted.