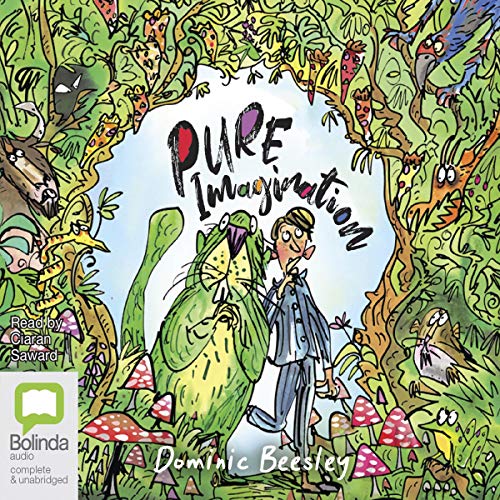 Fantastically funny and full of heart, Pure Imagination is perfect for fans of Nevermoor, A Place Called Perfect and Monsters, Inc.

Oswald doesn’t want a new friend either, especially not a book-loving, bed-making, broccoli-eating boy. But when an imaginary friend gets a new assignment, they’re stuck there until the kid no longer needs them. And with Oswald’s home world of Imagination mysteriously crumbling away into nothing, befriending Reggie seems like a safer bet than disappearing with it.

But when Oswald forgets Reggie’s birthday, Reggie runs away to Imagination. A world where a kid’s wildest dreams can come true...and their worst nightmares. A world where bugbears lurk in the forest, where sabre-toothed hamsters might be waiting behind a bush and where you can never be sure if the new friend you’ve made can be trusted.

Now Oswald needs to find and rescue Reggie and fast. Reggie could be the thing everyone’s been looking for to save Imagination - but if they’re not careful, he could be the one to destroy it.

This charming book was an absolute delight to listen to, not only because of the exciting and amusing plot that Dominic Beesley draws you into, but also due to the fantastic characters that are brought to life by Ciaran Saward’s amazing storytelling. I found myself laughing out loud whilst listening and the book left me feeling warm and fuzzy inside as well as desperate for an imaginary friend of my own! I think this is a great book for kids and adults alike who enjoy a good adventure and, of course, plenty of imagination.