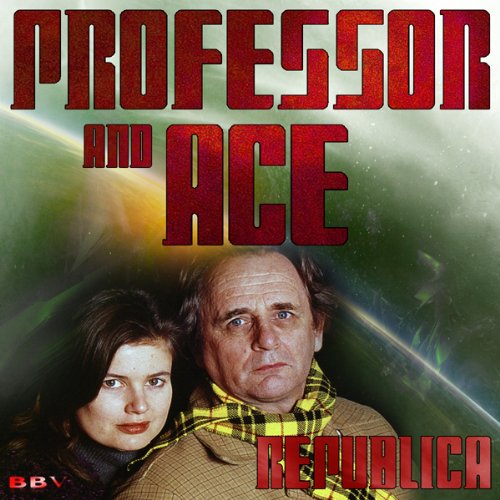 "Republica opens with the ending of a trial, and then jumps to England in 1658 and the death of Lord Protector Cromwell. The Professor and Ace arrive in London in 1998–but in a strangely different London. There’s no pollution, but there are anti-grav lifts. The political structure is also…off. America is a colony of the republic of England, as the Puritans continued to run England as a Commonwealth after Cromwell’s death in 1658. The descendant of King Charles II, living in exile in France, still seeks to be restored to the throne and decides to try now, in 1998, against an elderly Lord Protector. The Professor and Ace get caught up in the struggle between the two factions while trying to uncover what caused the change in history. McCoy and Aldred fall easily into their old roles. There is a wonderful affection apparent in their dialog. The secondary characters are well developed and seem very real, even to the passer-by complaining that his wife burned his lace collar. The choice of unique and distinct voices for the various parts makes it easy to tell the characters apart. Besides Sylvester McCoy and Sophie Aldred, the cast includes John Wadmore as Le Compte, Andrew Fettes as Devlin, Bryonie Pritchard as Somerset, Michael Wade as Lambert, George Telfer as King Charles, John Ainsworth as Equerry and others, and Alistair Lock as additional voices. Producer and director Bill Baggs’ experience with audio dramas, from the AudioVisual Adventures to the Stranger audios, shows in how well a scene is set with just a careful placement of sound effects, music or dialogue. The story flows evenly, and explanations are fitted in smoothly (even for Americans unfamiliar with English history) as Ace and the Professor work out what is different in this 1998. There are some wonderful humorous bits as well, some quite slyly understated. The music by Alistair Lock is very good – I quite like the theme music – and adds richness to his post production effects." (Kathryn Sullivan)

The Professor and Ace arrive in present-day London to find the city strangely changed. England is a republic, ruled by an elderly Lord Protector more interested in a mysterious comet than the long-suppressed forces of revolution fomenting in his kingdom. As political factions vie for power, the travellers become embroiled in the plans of King Charles XIV who stands poised to reclaim the throne. Can they discover who is behind the drastic alteration of history or will the Puritan cause triumph throughout eternity?