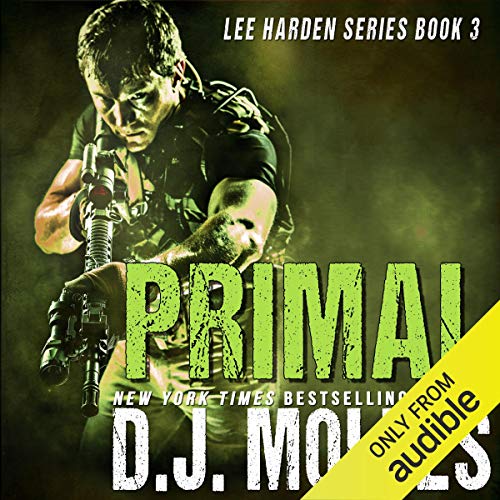 Lee Harden is out for blood. After a month, the cartel is looking over their shoulders and jumping at shadows, worried about the madmen in their backyard, who seem obsessed with little else but killing cartel members. Lee continues to claw his way towards revenge, searching for a target to strike at, or a person to destroy, that will force his enemies to reveal themselves. And nothing is going to stop him. Not even Abe.

In the United Eastern States, things are crumbling around Angela. Safe zones are dropping out of communication, and no one seems to have any faith in her since the fall of Fort Bragg. Carl Gilliard's methods of purging the dissenters grow harsher and harsher, and Angela is forced to run interference for him, denying allegations of misconduct. She needs to get them back to Fort Bragg to show that they aren't losing this war. But she's not sure they can get there before everything falls apart.

Working fast - and sometimes unsafely - to secure the route back to Fort Bragg, Sam Ryder and his squad make a grim discovery that might be the start of an evolutionary jump for the primals - and a threat to the survival of the human race.

In this thrilling and gritty third installment to the Lee Harden series, the only thing you can be certain of is that things are about to change.

As a combat vet, I'd sure as hell like to know where DJ Molles has been and what he's done. Because if he hasn't actually seen combat and felt sacrifice, I can only assume that it's divine inspiration. His writing is a poetry of patriotism, tenacity, and pain. No one but Christian Rummel could have narrated this properly. I can't recommend this book enough, and if you haven't read The Remaining, waste no more time.

Great get the bad guys back/revenge story. Abe, Deuce and Sam are solid and interesting characters. I hope Sam's development continues. Lee seemed to reach a level of satisfaction that will allow him to interact more normally with others. He had been getting pretty close to the ragged edge. More story about how the primals are messing up bad guys would be nice. Time for book 4.

best book in the Last three

Lee stops being such a winer and goes back to being a bad ass, really enjoyable.

DJ Molles is the fucking man.

I have started this series from the beginning with the Remaining. I wished they would make a tv series out of this book.

A THRILLING STORY OF VENGEANCE!

This is the book series that got me hooked on the genre and it continues to deliver. As with every book in the series, I was devastated when the story ended. The writer is very creative with the development of his world. The action sequences keep you drawn in and the ending was perfect. A must read for anyone that enjoys Post Apocalyptic American Survival books.

happy to have another chapter to this amazing tale. C. R really is the voice of Lee harden

Not very entertaining. Dragged on and on. The character twists and changes in personality was strange and didn't make sense.

Had to reread the first 2 books in the series so I could be current when this third book came out. How D.J. Molles comes up with all these situations is the sign of a man in the know. I loved the last 2 chapters in this book! I can’t wait for the fourth book...hope is on audible at the same time! Christian Rummel was the perfect choice for all of these books!

Can’t get enough of Lee Hardin. On the edge of my seat the whole series. I really hope this becomes a TV show or movie.

Molles is the best

All his stuff is great , I'm a total fanboy of this author can't wait for the next one

once again killed it