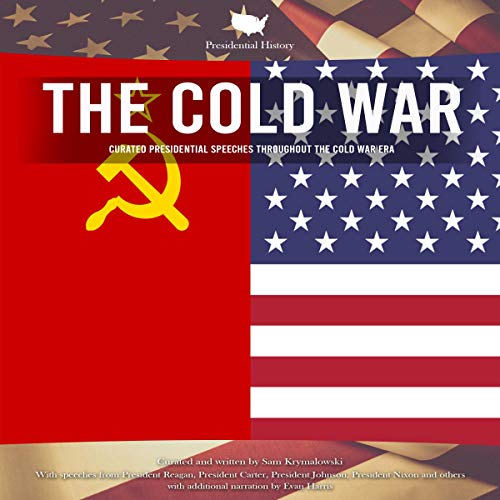 The book reviews the history of the cold war through presidential speeches, spanning five decades (1941-1991) with additional commentary. The speeches span from Roosevelt's comments during the second world war, through to George H. W. Bush's 1991 press conference with Gorbachev. Speeches are selected for their historical significance and given in chronological order with additional commentary provided on the speeches themselves. Speeches include the Eisenhower and Truman doctrines, speeches on Cuba, Vietnam, nuclear treaties, and assessments of foreign policy initiatives.

President's Reagan's famous Brandenburg Gate speech where he tells Gorbachev to "tear down this wall" is also included with two other Reagan speeches. This volume offers a unique and longer term perspective on the Cold war, from its emergence to its thawing, from the standpoint of US presidents, with comments from Gorbachev also included through his participation in press conferences with both President Reagan and President George H.W. Bush.

Voices of the Presidents

Great summary of Presidential opinions over more then half a century of standing against Communism. I appreciated hearing their actual voices instead of reading a transcript.