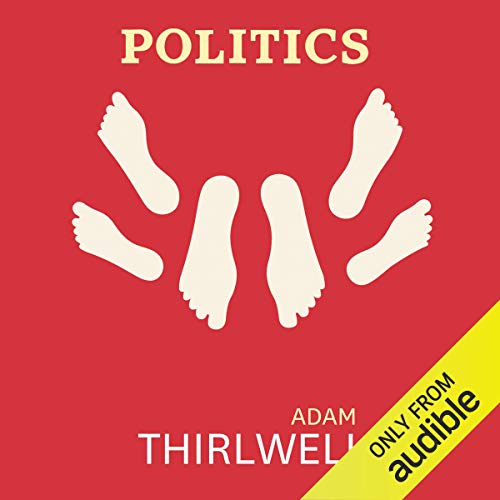 In case you had not noticed, writes Adam Thirlwell in his first novel, Politics,, in this book I am not interested in anything so small as the history of the USSR. I am not writing anything so limited.

In this epic miniature, therefore, Politics tells the story of three kids in their twenties falling in love with each other in London. And, simultaneously, it tells other, smaller stories: of Stalin on the phone, Mao in the bathroom, Osip Mandelstam in another bathroom, Adolf Hitler on all fours, and Milan Kundera in an argument. Politics, is not (quite) about politics.

Adam Thirlwell was born in 1978. He is the author of Politics, The Escape, Miss Herbert and Kapow. He was named as one of Granta's Best of Young British Novelists in 2003 and again in 2013. He lives in London.