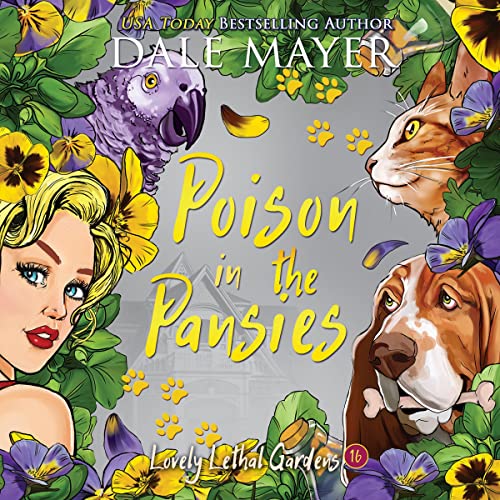 Poison in the Pansies

Riches to rags...Chaos has calmed...At least while out on the lake...Until poison is found, blowing up the peace again...

Enjoying a beautiful day on the lake, while Doreen tries her hand at paddleboarding, ends up on an odd note after finding poison in a bed of pansies. She garners a tidbit of information out of her BFF, Corporal Mack Moreau, about a man who’d recently walked into the emergency room, complaining he’d been poisoned.

Only on a threat of good behavior (surely it doesn’t count if given under duress), Doreen agrees to stay out of his case. But, as it happens, the mention of poison to her beloved Nan brings up another recent death and an old woman who’d been saying someone was poisoning her for months. Only no one listened. Now she is dead.

When Doreen’s case and Mack’s collide, she’s delighted, and so is he. Not. But, when Nan decides to join in the sleuthing, with her pal, Richie, it’s Doreen’s turn to worry - and with good reason!

Poison in the pansies

There isn’t much movement in the personal side of this story, but we do see Doreen and Matt seeing themselves as a couple. Her divorce process seems stuck and her ambivalence about resolving it seems unnatural. In the meantime, she’s still waiting to see any money coming in from her former lawyer’s estate or from the antique furniture sales, and there are no job prospects. Doreen in poverty and cowed by her former husband is becoming tiresome. She and the animals do another fine job of sorting out the multiple mysteries this time which is always enjoyable. I will await the next in the series.