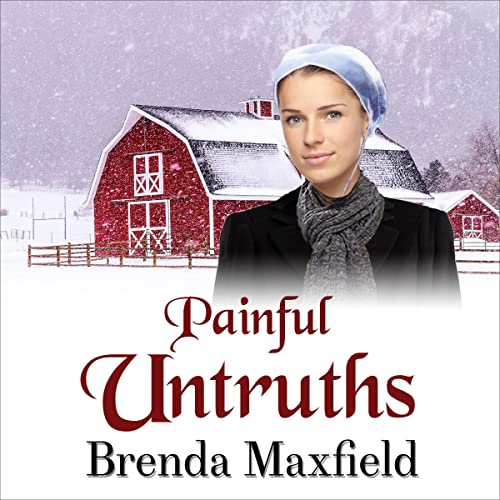 Fern Weaver doesn’t set out to become a liar, but it happens. When her dear sister Joyce is shunned, Fern can’t abide the separation. What would it hurt to sneak off to see her? But one time turns into two, and into three, and into four...When her sister’s Englisch brother-in-law shows interest in her, Fern is caught off-guard and fears she’s made a terrible mistake.

Fern’s lies also threaten her fledgling romance with Reuben Swarey. She can’t go on like this; she must decide: To continue sneaking to see her now pregnant sister - or to confess her actions and take the consequences. If she does confess, she could be shunned just as her sister is. Not only that, but confessing means she could lose her entire family.

How does it come to this? How does a sweet Amish girl become embroiled in so much deception? And how can she get herself out of it without creating even more harm and without losing the man she truly loves?

The story reminded me of an Amish Harlequin Romance. The nuanced Pennsylvania Dutch dialect performed by Mr. Lawrence-Howard brought the characters and story to life.