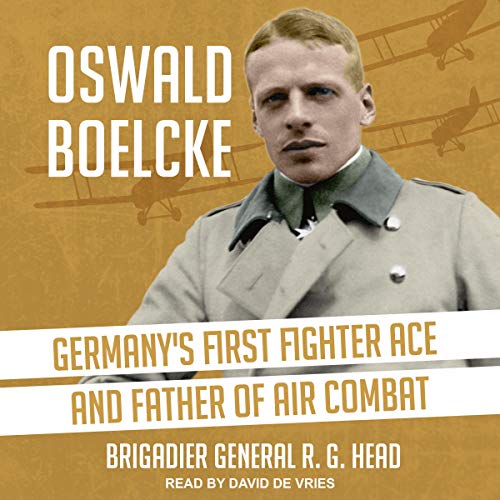 With a total of 40 victories, Oswald Boelcke was Germany's first ace in World War I-and a century later he remains a towering figure in the history of air warfare, renowned for his character, inspirational leadership, organizational genius, development of air-to-air tactics, and impact on aerial doctrine.

Paving the way for modern air forces across the world with his pioneering strategies, Boelcke had a dramatic effect on his contemporaries. The famed Red Baron's mentor, instructor, squadron commander, and friend, he exerted a tremendous influence upon the German air force. He was one of the first pilots to be awarded the famous Pour le Merite, commonly recognized as the "Blue Max." All of this was achieved after overcoming medical obstacles in childhood and later life with willpower and determination.

Boelcke even gained the admiration of his enemies: After his tragic death in a midair collision, Britain's Royal Flying Corps dropped a wreath on his funeral, and several of his captured foes sent another wreath from their German prison camp. His name and legacy live on, as seen in the Luftwaffe's designation of the Tactical Air Force Wing 31 "Boelcke." This definitive biography reveals his importance as a fighter pilot who set the standard in military aviation.

Great biography of famous German Ace pilots. Well done. A lot of good information in great detail. I would recommend this book to family and friends.