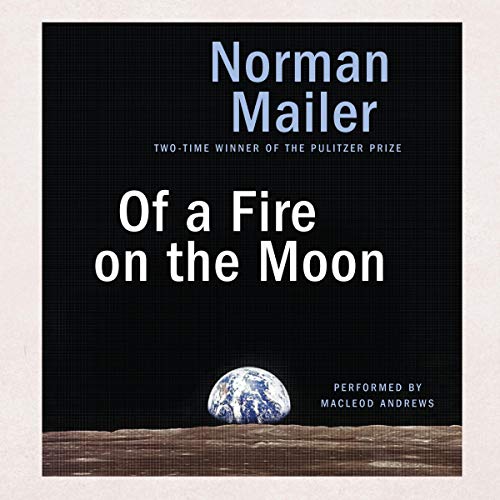 For many, the moon landing was the defining event of the twentieth century. So it seems only fitting that Norman Mailer - the literary provocateur who altered the landscape of American nonfiction - wrote the most wide-ranging, far-seeing chronicle of the Apollo 11 mission. A classic chronicle of America's reach for greatness in the midst of the Cold War, Of a Fire on the Moon compiles the reportage Mailer published between 1969 and 1970 in Life magazine: gripping firsthand dispatches from inside NASA's clandestine operations in Houston and Cape Kennedy; technical insights into the magnitude of their awe-inspiring feat; and prescient meditations that place the event in human context as only Mailer could.

Of a Fire on the Moonに寄せられたリスナーの声

Mailer is a cynic

You can tell he's not really enjoying this. What kind of a guy is this, who's committed such an assault. The narrator makes two amusing errors in the last chapter so the Roman numeral II becomes eleven and Jupiter's moon Io becomes ten.

I don't get why this book was written

I'm a space nut and an engineer in the space industry. I listened to it waiting for the story to get somewhere but it is amazingly verbose without saying much. it could have been condensed to about 15 min and that would have been an improvement. The narrator just drones monotonously on. I couldn't take more that 15 min without shutting it off and coming back. If I didn't like space I wouldn't have finished it.

This is a thought provoling book written by an artist about technology, so he brings a surprising perspective, with allusions to philosophy, religion, and human psychology. Mailer reveals the struggles common to all of us evwn as we reach out to explore.