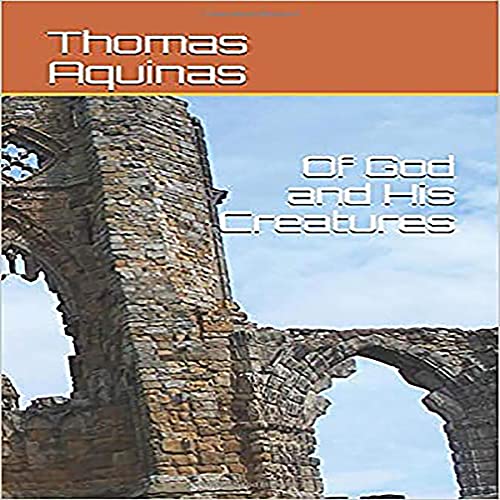 Of God and His Creatures

Some years ago, a priest of singularly long and varied experience urged me to write "a book about God". He said that wrong and imperfect notions of God lay at the root of all our religious difficulties.

Professor Lewis Campbell says the same thing in his own way in his work, Religion in Greek Literature, where he declares that the age needs "a new definition of God".

Thinking the need over, I turned to the summa contra Gentiles.

"The more sublime, because thereby man comes closest to the likeness of God, who hath made all things in wisdom." (Ps. CIII, 24).

"The more useful, because by this same wisdom we arrive at the realm of immortality. The desire of wisdom shall lead to an everlasting kingdom." (Wisd. VI, 21)

"The more agreeable, because her conversation hath no bitterness, nor her company any weariness, but gladness and joy." (Wisd. VIII, 16)

But on two accounts it is difficult to proceed against each particular error.

Firstly, because the sacrilegious utterances of our various erring opponents are not so well known to us as to enable us to find reasons, drawn from their own words, for the confutation of their errors - for such was the method of the ancient doctors in confuting the errors of the Gentiles, whose tenets they were readily able to know, having either been Gentiles themselves or at least having lived among Gentiles and been instructed in their doctrines.

Secondly, because some of them, as Mohammedans and pagans, do not agree with us in recognizing the authority of any scripture, available for their conviction, as we can argue against the Jews from the Old Testament, and against heretics from the New Testament.

But these receive neither. Hence, it is necessary to have recourse to natural reason, which all are obliged to assent to. But in the things of God natural reason is often at a loss.

Of God and His Creaturesに寄せられたリスナーの声