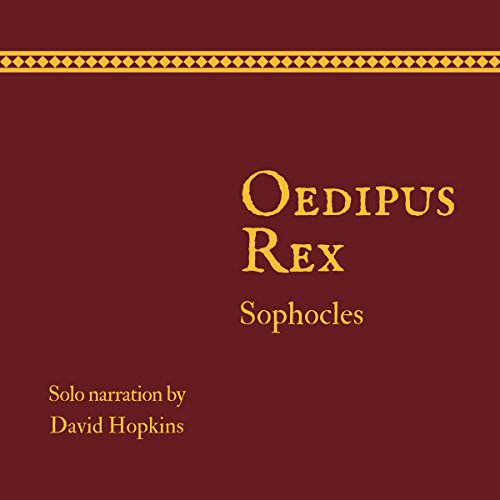 Sophocles' timeless drama is often considered the greatest of all surviving Athenian plays. Oedipus, king of Thebes, must save his ailing city by tracking down the murderer of its former king. Translation by F. Storr.

Would you try another book from Sophocles and/or David Hopkins?

I would try another version of Sophocles work.

The premise was intriguing the delivery however, deceiving.

Not being a director's cut version would have probably been much better. This read like a play "read-through" without the fortune of a listener having the script in hand; so it handicapped the work because the telling of the story was lost in who was speaking.

No, so distracting was the narrator's mention of who was speaking back an forth after every small sentence or comment read, SEVERELY took away from the body of work as an audible. I gave up after 10 minutes so distracted I was and thus frustrated.