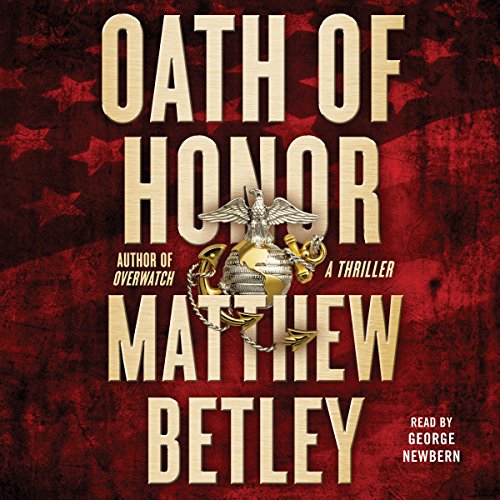 A breakneck, edge-of-your-seat thriller that moves from a resurgent Russian threat in the Aleutian Islands to North Korean spy ships to secret Sudanese prisons as former marines Logan West and John Quick, now members of an FBI special task force, uncover a global conspiracy that threatens America's position in the current international balance of power.

Logan West and John Quick are sent to Dutch Harbor, Alaska, to investigate the possible presence of a Russian black ops team on a mission to steal United States next-generation technology. The resulting violent confrontation triggers a global search for the stolen technology and threatens to pit the US against China in a looming shadow war and technology race. As Logan and John - joined by the chief of the CIA's Special Operations Group, Cole Matthews - battle their way through Spain and the Mediterranean and ultimately across Sudan, an imminent threat arises at home that FBI deputy director Mike Benson must face and determine if it is part of the deadly global conspiracy.

Oath of Honor is an intense and gripping follow-up to former marine Matthew Betley's "brilliantly conceived" (Clive Cussler) Overwatch and solidifies his place among the greatest contemporary thriller writers.

A light read with good action.

Overall this book is not too bad. There's lots of action and this would be a good beach read/listen. Having said that the book is overly cliche ridden. The main characters are, of course, great at everything and move through the story giving one wise crack after another. In the end, while a thriller, it leaves one happy that, not only has good triumphed over evil, but the book has ended.

A good action spy thriller with a suspenseful plot that is unfortunately interrupted by ill-timed military banter that that would be more appropriate before or after the critical dramatic moments the humor all too often shows up at.

Save your Time & Money

I normally like this series from this author. IF all authors are bound to write at least ONE Dud in their lives/careers. This was certainly a Dud for Bentley.

What did you love best about Oath of Honor?

The action was timely, and worth while.

Which character – as performed by George Newbern – was your favorite?

Tie between Logan, and Amir.

Action, justice, and what our operatives are capable of.

If you like Brad Thor, et al, you must get this.

Matthew Betley does it again!

First off, this is not just an amazing story or book, but the performance by George Newbern is some of the best I've ever heard. This thriller is nonstop action, in the narrator couldn't convey it any better. Matthew Betley is one of the best thriller authors we have today. I listened to his last book, Overwatch, over 30 times. Buy this book or audiobook today! You won't regret it.

fabulous story. great tribute for our warriors that keep us free and safe. God Bless our warriors

definitely not one I recommend

the story is predictable, adolescent, and unrealistic. it would be more appropriate if it were science fiction.

The first one was good this one was great

I read a lot of CIA espionage thriller type books and this one ranks up there with some of my favorites.

This story,and writing is amazing. It's so refreshing to read a good guys get ahead,while still being realistic. This novel feels like a real event,with characters that you swear you might know. Keep it up Matthew we need more!!

I love this Narrator!

What made the experience of listening to Oath of Honor the most enjoyable?

A good/ not good Narrator can make or break a book. I love this narrator and could listen to him all day. Suspenseful story helps.

This was a great follow up to the first book in the series. I enjoyed every minute of it, there was action from the start and right up until the end. I hope this is the start of a very long series. The stile reminds me of vince flynn or brad thor and stephen leather. If you like any of these then give this series a try you wont be disappointed.

I tried, I really tried! just too corny

Would you try another book written by Matthew Betley or narrated by George Newbern?

Has Oath of Honor put you off other books in this genre?

If you could play editor, what scene or scenes would you have cut from Oath of Honor?

the words Warrior and Evil

Very good book and read brilliantly only thing now is for Matthew to get his pen out and start writing the next book.