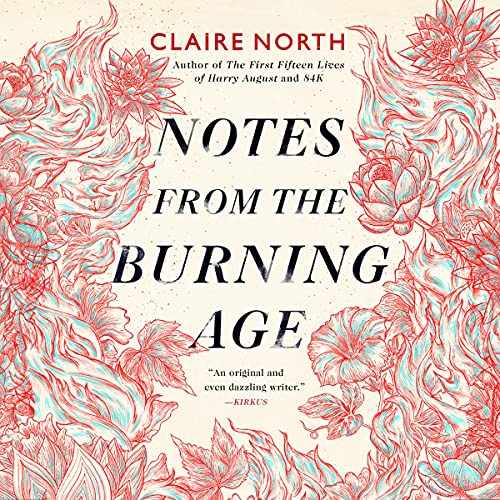 "One of the best books I've read in recent years. Thought provoking, imaginative, and packs a hell of an emotional punch." (Adrian Tchaikovsky, author of Children of Time)

"A fantastical nightmare so skillfully sketched that it felt like truth. And when it was done, I simply didn't want to leave... Compelling [and] beautiful." (NPR Books)

"A riveting tale of subterfuge and deadly self-indulgence in this postapocalyptic thrill ride.... North's convincing view of postapocalyptic society captivates, and the political intrigues will keep readers hooked right up until the explosive close." (Publishers Weekly, starred review)

“One of the best books I've read in recent years. Thought provoking, imaginative and packs a hell of an emotional punch.” (Adrian Tchaikovsky, author of Children of Time)

From one of the most imaginative writers of her generation comes an extraordinary vision of the future....

Ven was once a holy man, a keeper of ancient archives. It was his duty to interpret archaic texts, sorting useful knowledge from the heretical ideas of the Burning Age - a time of excess and climate disaster. For in Ven's world, such material must be closely guarded so that the ills that led to that cataclysmic era can never be repeated.

But when the revolutionary Brotherhood approaches Ven, pressuring him to translate stolen writings that threaten everything he once held dear, his life will be turned upside down. Torn between friendship and faith, Ven must decide how far he's willing to go to save this new world - and how much he is willing to lose.

Notes from the Burning Ageに寄せられたリスナーの声

Heavy on world building and definitely a slow build, but the climax pays off and Claire North once again delivers a book that centers around an enmity that is, ultimately, a friendship verging on brotherhood. She is one of the masters of modern science fiction, and will go down in literary history standing alongside such greats as Asimov and Scalzi. Her take on the post-apocalyptic world is unique and fascinating, and as usual the great events of the world ultimately form the backdrop for the entirely human and personal story of the main character.