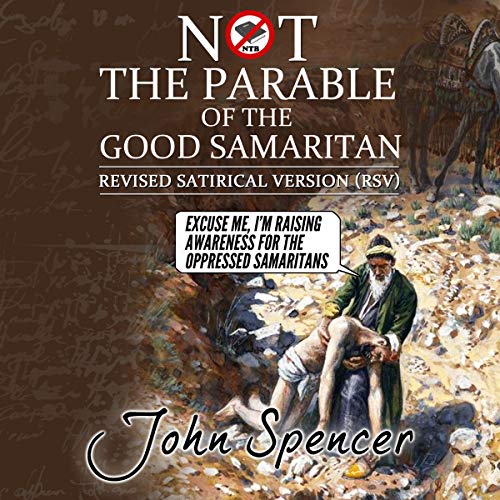 Satire to set your heart on fire.

What if the parables weren’t so well known? Would you still think the same way?

Not the Parable of the Good Samaritan contains 40 different takes on the original parable to snap us out of our over-familiarity and to open our eyes to the truth of the Gospel.

Half tongue-in-cheek, half right between the eyes.

Often fun, sometimes poignant, and occasionally painful; these parables reveal our cultural biases, hidden assumptions, and the lies we believe.

John was born at a very young age with his umbilical cord wrapped around his neck. At first, it appeared that no lasting damage had been done, but as he grew it became clear that his sense of humour had been damaged irreparably.

John lives with his family near Oxford, England where daily he wonders how his wife still finds the same jokes funny after more than 20 years of marriage.

Not the Parable of the Good Samaritan: Revised Satirical Version (Not the Bible)に寄せられたリスナーの声