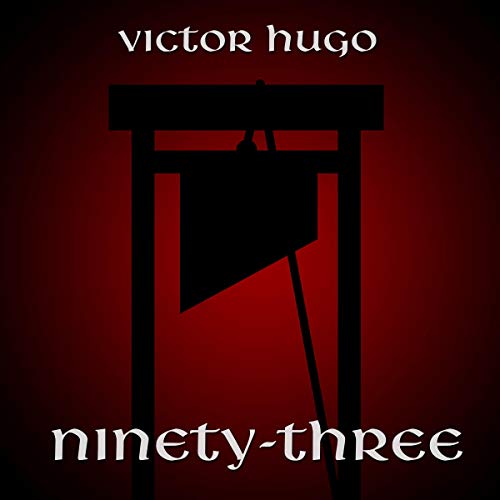 The year is 1793. The French Revolution is at its bloodiest, under attack from within by Royalists and from without by foreign armies. If England successfully lands its army in France, the Republic is likely doomed. Ninety-Three is the story of the Marquis de Lantenac, an exiled French nobleman snuck back into France to raise a Royalist army which will make the English invasion possible, Gauvain, Lantenac's great-nephew leading the Republican army to thwart him, and Cimourdain, a former priest and Gauvain's teacher and mentor, tasked to keep Gauvain on the right path. And in the end, who will face the guillotine?

A book all readers of classic literature should read or list. Excellent performance by narrator and brilliant story.

I love the story, but I really hate Victor Hugo‘s incessant preaching. It’s the thing that made me really not like Les Miserables. He tells great stories and he should have just stuck to that. His preaching and trying to talk about the moral or immoral issue of the story seems irrelevant It seems to take away from the power of the story. It also comes off as patronizing to the reader like he thinks the reader is too stupid to figure it out on their own. I see a lot of Victorian era authors that did this, and it’s the one annoying thing. I know that’s review seems negative but I really did like the book in the story.

Its devastating beauty has left me in a state of profound shock from which I will never recover.