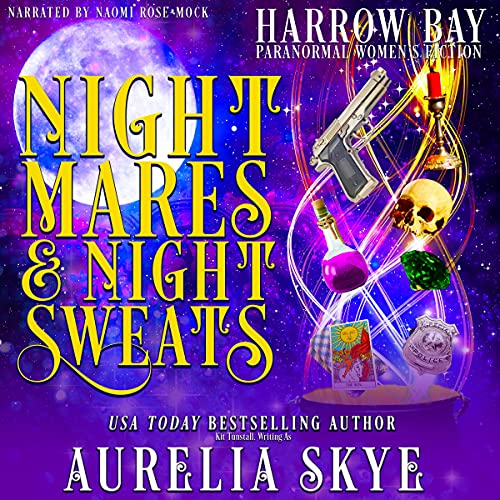 Which is worse? Magic or menopause?

Jody has started to settle into her new job as sheriff of the magical town of Harrow Bay. After two months, maybe she's figuring out this magic thing, and the town has been peaceful. Willa starts a new job and realizes something she never expected, while Isabel continues her campaign of terror against the Senior Center tyrant and her quest to really learn magic - at least until the nightmares start. The residents of Harrow Bay are short-tempered, tired, and grumpy after a spate of nightmares haunts their dreams.

Once Jody figures out the nightmares are affecting just about everyone, except for Beez, she knows something is going on in their town. They realize a Sandman is targeting Harrow Bay, but why?

Jody reluctantly turns to Drake for help, since he has the right kind of magic. He's also appearing far too frequently in her dreams and nightmares for her comfort. If she's not careful, she might end up liking (or more than liking) the half-demon bounty hunter from Hell...if the lack of sleep and night sweats don't do her in first.