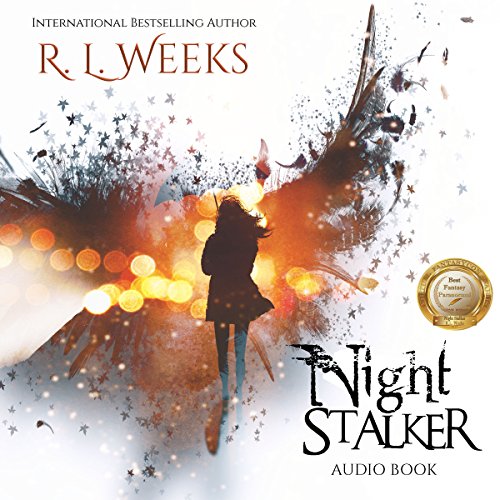 Casey and George are traveling around Japan's notorious suicide forest when they see something move in the tree line. Casey, unlike George who doesn't believe in the supernatural, feels like someone is following them back to the hotel.

Later that night, Casey wakes up to find a woman in their room. After breaking free of the woman's entrancement, Casey wakes George, who convinces her it was just a dream.

Casey's worried about George - he's been acting off since their visit to Japan. Now they're home, the worst happens. George is killed in a freak accident and her world is turned upside down.

It's one year later and she's about to leave her small hometown, Pleasant Springs - in hopes that the nightmares would end. Since his death, her dreams have been haunted by a mystery guy who is hell-bent on causing her pain.

Before she gets to the airport, Casey is kidnapped and taken to the hotel from her nightmares when she is plunged into a creepy world filled with the supernatural, underground cities, and sick games.

Her mystery guy tells her he is trying to save her from the others. However, her ex, George, could be behind her kidnapping in the most sinister way.

Nothing is as it seems in the dark world of the Stalkers. Will Casey make it out with her soul intact?

Find out in the first book of the Dead Loves Life Series.

Not your average vampire story!

The story as written is rather awesome. It goes into detail even in it's short length about unique paranormal creatures and has an amazing sense of suspense. The narrator's voice I liked, although she made the MC of the book seem whinier than I imagined. The audio file skipped and jumped in places, as though it hadn't been edited completely. Regardless, if you like vampires and related creatures, you should definitely pick up Night Stalker. I'm rather looking forward to what happens in the next novella in the series!

Outside my Typical Genre

Night Stalker by R.L. Weeks pulled me in from the very beginning. There is a lot in this short listen. Vampires and supernatural elements have always held intrigue for me. This story is full of some creepy details and vivid imagery. Marissa Justus performed this book brilliantly. I loved her distinguishable voices for the various characters. I would listen to more books by this author and narrator.

Awesome to listen to!!!

She did it again. Wow!!! I am a huge fan of everything vampire, so this was so much fun to listen to. The narration kept my attention. R.L.WEEKS is such an amazing author, there has not been anything I have read or listened to from her that I did not love. 🌟🌟🌟🌟🌟

I loved listening to this story and its monsters of the night. From the beginning of the story I was captured and just had to hear more. I really enjoyed that it doesn't follow normal popular vampire mythology and swings in its own direction. Marissa had a wonderful voice and her emotion helps make the story spooky. There were times when words were cut off or unclear, but it didn't effect understanding it is just something that bothers me when it happens (even with everyday speech).

Great read. Creepy and mysterious and keeps you entranced from start to finish. The narrator did a great job bringing this story to life