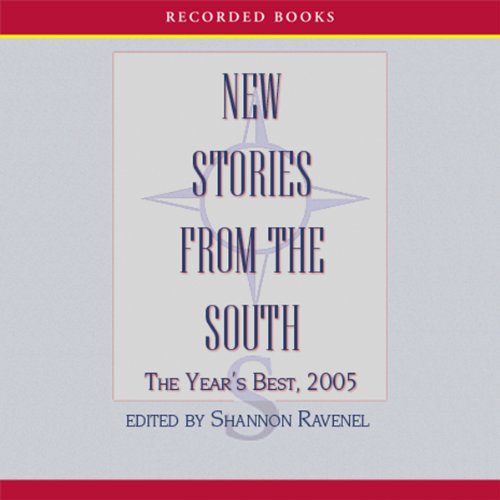 Winners of the Pulitzer Prize for fiction, O. Henry Award and Edgar Awards, the 19 writers in this 2005 edition are not just considered some of the best Southern writers, but among the best American writers period. With works by such writers as Dennis Lehane, Moira Crone, Robert Olen Butler, Cary Holladay, Tom Franklin, and Rebecca Soppe, this collection provides an electrifying current of deep, dark subjects set in the brutal, but charming south.

New Stories From the Southに寄せられたリスナーの声

Why ruin good southern stories with Yankee readers that don't know how to properly pronounce exclusively southern words like "ain't" and "som'bitch"? Further, Yankee disdain for Southerners always shows in their lookin'-down-the-nose inflections while trying to pretend to accept our ways. Insulting!

I truly enjoyed listening to each story as I was actually transported into them and felt as though I was a by stander just observing! I plan to get more from this same collection of "The Year's Best..."