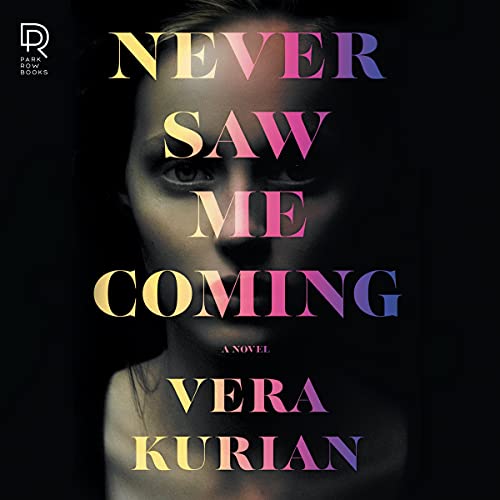 "I devoured this riveting book through a day of travel.... My desire to rush to the end clashed with my desire to savor every word. Who would be the last psychopath standing?” (New York Times Book Review)

"Fresh, fast-paced and fiendishly clever! If you love watching true crime and wonder about the psychopaths among us, this is the book for you!" (Lisa Gardner, number one New York Times best-selling author)

You should never trust a psychopath. But what if you had no choice?

It would be easy to underestimate Chloe Sevre.... She’s a freshman honor student, a legging-wearing hot girl next door, who also happens to be a psychopath. She spends her time on yogalates, frat parties, and plotting to kill Will Bachman, a childhood friend who grievously wronged her.

Chloe is one of seven students at her DC-based college who are part of an unusual clinical study of psychopaths — students like herself who lack empathy and can’t comprehend emotions like fear or guilt. The study, led by a renowned psychologist, requires them to wear smart watches that track their moods and movements.

When one of the students in the study is found murdered in the psychology building, a dangerous game of cat and mouse begins, and Chloe goes from hunter to prey. As she races to identify the killer and put her own plan for revenge into action, she’ll be forced to decide if she can trust any of her fellow psychopaths — and everybody knows you should never trust a psychopath.

Just finished this Audiobook - Never Saw Me Coming by Vera Kurlan. The premise sounded so fascinating - a psychology professor gathers a group of young psychopaths to participate in a study while attending college at Adams in DC. And then one of them is found murdered. And then another. Sounds good, right? Plus, it was being narrated by Brittany Pressley so I already knew the narration would be on point. What I was unprepared for was how much I was going to LOVE the MC - Chloe. She is part of the psychopath study, but really, she just agreed to be part of it so that she could gain entry to the college where the guy who wronged her years ago attends because she plans to stalk and kill him. Only problem is, someone is stalking and trying to kill her. This doesn't scare her though, it simply annoys tf out of her that someone keeps distracting her from her own murderous plans. Chloe is smart, flawed, tough, girly, promiscuous, sarcastic, and violent - everything I need in a thriller heroine. An enthusiastic 5 Stars + a spot on my Best of 2021 list AND a spot on my All Time Favorite Reads list. I'll be watching out for this author

This was a really fun listen! I couldn't stop.
The characters were well developed, the plot was just tricky enough and the pace was perfect. I hope these people get a reprise in another novel.

This is such an original premise for a thriller! It’s hard to know who to trust, and I loved the various twists and turns the story took. It’s over the top in the best possible way!

wow!! this one's a DOOZY

Always, always love Brittany Presley. Her narration is what I imagine the voice in my head sounds like. The story was irresistible, worthy of staving off an entire day of chores and work. The twists and turns are fresh and exciting. I was guessing the whole way thru the story but eventually DIDN'T SEE THEM COMING! Hats off to the author. My first read by Vera and I'll definitely be on the lookout for the Real Life, Believable story telling in the near future. Def worth a credit and then some... you won't be disappointed.

This author is one to look out for as she emerges. LOVE the twisted minds of her characters and the multiple subplots going on during the premier plot sequence.

A bit too long and confusing to be good considering how dull this group of psychopaths actually felt. Started strong but fizzled into a blur for me.

Entertaining from beginning to end

I bought the book because Brittany Pressley as narrator can do no wrong in my eyes. But the book was actually super entertaining. Chloe as the psychopath main character was amusing and disturbing, keeping my interest throughout the entire book. Each character, actually, had some depth to them and it kept me guessing as to who the killer REALLY was up until the end. I'd absolutely read a sequel, as long as Brittany Pressley narrates crazy Chloe's next adventure.

I tried and tried and tried again. I thought maybe it was my mood, but it wasn’t. Overly pretentious and sophomoric is how I would describe this book. The narrator was okay and her voice matched the personality of the main character rather well. The story could have been really great as the premise is super interesting. But, it was too over the top “frat girl” to take seriously. 🤷‍♀️

I enjoyed listening to this book and it didn't bore me Gives you a different look at psychopaths' and how not all of them turn into serial killers....but maybe a few. A credit well spent!

This book! What a unique and twisty psychological thriller. I loved every minute of it. The characters are all so intriguing and multilayered. Who should you root for? Who should you fear? The narration of the @audible copy was outstanding.
Go grab a copy of this book! You absolutely do not want to miss it!