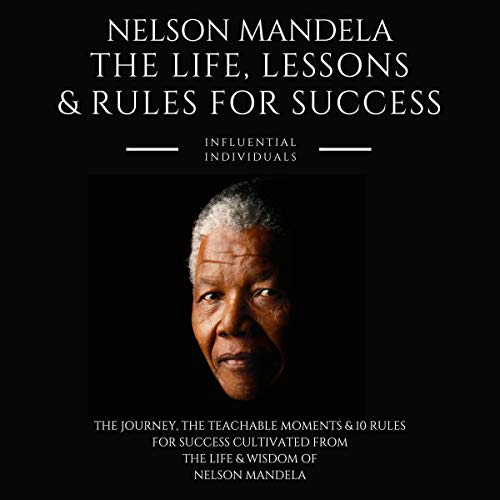 Nelson Mandela is a global icon of peace and justice. An influence to human rights activists in South Africa, across the continent and on the Western and Eastern hemispheres, he is seen as an example to follow. Through his resilience, he showed tremendous courage in fighting against apartheid, to enduring the harsh conditions of prison on Robben Island, to leading a free and democratic South Africa as its first Black President and as leader of the African National Congress.

If you’re looking for inspiration from one of the world’s best-known leaders, check out this book about a man who spent his life fighting for equality and human rights. Nelson Mandela served as South Africa’s president between 1994 and 1999 and led the anti-apartheid revolution that sought to end segregation between the country’s black and white populations. Throughout his life, he faced tremendous struggles such as racial discrimination and being sentenced to life imprisonment for conspiracy against the state. In total, he spent 27 years in jail. However, he is remembered for his resilience and for never giving up on his cause. Throughout all the hardships Mandela faced, he always sought opportunities to spread his vision for an equal South Africa and never lost focus on his life's purpose. If you want to learn about the history of Mandela, this book covers his life story from his childhood to the day he was elected the first black state leader and his work after this milestone event. His inspiring story includes how he dealt with the harsh realities of prison and what lessons he learned that shaped him to be the powerful yet humble and kind man that he is remembered for being.

In this book, Nelson Mandela: The Life, Lessons & Rules for Success, you will discover:

While Nelson Mandela has left us in physical form, his legacy continues to live on. Hailed as the greatest South African of all time, he is the reason why the nation opened its doors to the world and why it now has opportunities for all citizens to prosper. Due to his years of resistance, the nation went from being a blight in Africa to becoming the African nation that is seen as a new global superpower in less than three decades!

But how did this magnificent tale come to be? Buy this audiobook now and find out.