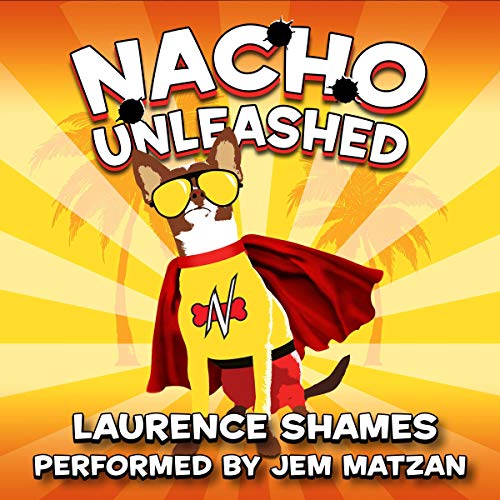 Key West has a new hero. He weighs four pounds and stands eight inches off the ground. His name is Nacho and he’s the bravest, shrewdest, funniest Chihuahua you will ever meet. He’ll do anything to help his master, the retired mafioso Bert the Shirt, and his friends - especially the beautiful Rita, with whom Nacho is smitten from the very first time she reaches down to scratch his ears.

Wise-cracking Rita, straight out of Jersey, is new in town and needs a job. A gig at Wreckers Rum seems promising, but there’s something, well, a little off about the place. It doesn’t sell much booze, yet maintains a classy tasting room on prime Key West waterfront. Where’s the money coming from? Who’s the oddly chivalrous mobster behind the operation? What’s up with the crazy scientist in flip-flops toiling away in his triple-locked lab behind the distillery? And how might Rita get closer to the irresistible but aloof young chief distiller whose only passion seems to be for making rum? Determined to find both answers and true love, undaunted Rita lands herself in some very hot water - hot rum, actually - and it will take a special kind of devoted and unleashed hero to rescue her.

Oh...and one more thing about Nacho. He’s not just brave; he talks, lending plenty of loopy canine wisdom to this rollicking, sun-drenched story of rum and romance, chemistry and crime, friendship, family, and the sacred responsibilities of loyalty.

Bert “The Shirt” and his four legged companion kept me smiling and laughing out loud throughout the book. Who doesn’t need some adventure, romance and humor? Between the witty dialogue, colorful characters and engaging performance, listeners are in for a treat.