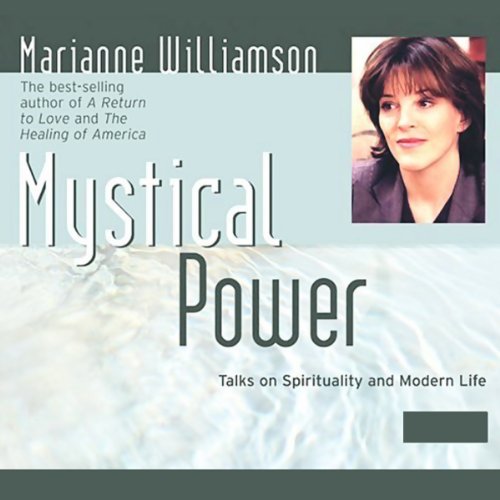 Marianne Williamson has gained international prominence through her spiritual reflections on modern life. In this program she discusses topics such as: the power of meditation and prayer; the great "I AM" within us all; the need for a "Return to the Father"; and the power of consciousness in creating the lives we want.
©2005 Marianne Williamson (P)2005 Hay House, Inc.

What would have made Mystical Power better?

The audio was really low quality. Also, her messages weren't as poignant as other lectures. I've listened to nearly all of her lectures and read all of her books.

Would you ever listen to anything by Marianne Williamson again?

Would you be willing to try another one of Marianne Williamson’s performances?

I mean, it was still Marianne Williamson....so it was still good. I listened to the end. If I don't like something enough, I won't even finish it. I finished this at least. It just wasn't her best.

One of her best.

I have been listening to Marianne Williamson for almost 25 years. I have seen her live several times and read all her books. She shines at her best in live speeches. Each segment on this book gave me an “ah-ha” moment. The audio is also excellent. I will definitely listen again.