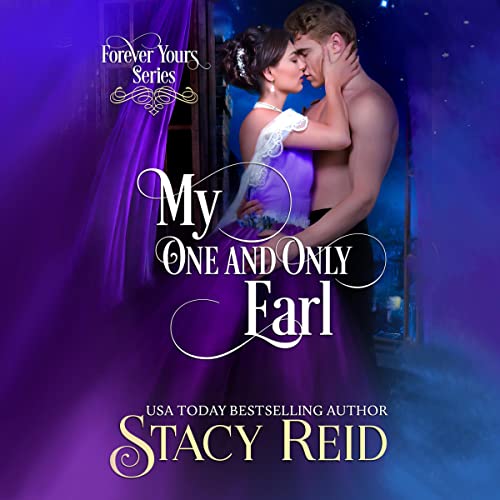 My One and Only Earl

To fulfill his friend's dying wish, James sets up a fake courtship to deliver Poppy from her Cinderella situation. But this Cinderella is a minx who tempts him with stolen kisses...but he shouldn't be falling for her, given he is sworn not to marry.

James Delaney, Lord Kingsley's best friend's dying wish was that he married his spinster sister. Unluckily, James is honor-bound to fulfill another oath and can never marry Miss Poppy Ashford, no matter how delightfully charming and sensual he finds her.

Treated horridly by her stepmother and half-sisters, Poppy has little to anticipate for her future. She is stunned when the devilishly handsome and most sought-after Lord Kingsley suggests a scheme that might make her more eligible and appealing to the marriage-minded gentlemen of society. Eager at the chance of a future that is more than her working as a governess, Poppy agrees to his lessons - even the ones in kissing!

Poppy knew every laugh, dance, and stolen kiss was just a pretense. So why did James make her heart throb so strongly, and why did her impossible dreams now include an earl she had little hopes of ever marrying?

My One and Only Earlに寄せられたリスナーの声

Loved every second of it. I just couldn't stop listening. I loved all of this series by Stacy Reid and I hope there are more of them.
The narrator was good.
It is definitely worth a credit and I will be listening to the whole series again as I thoroughly enjoyed it all.
Can't wait for her next one.