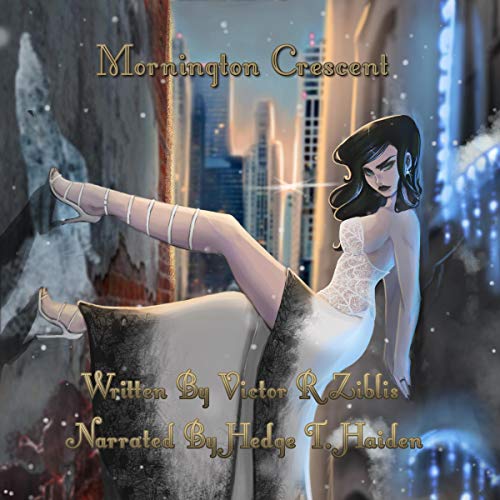 Jessica Dombrowski once had a bright future. The privileged daughter of a crime boss, she chose instead the path of righteousness. In the Chicago PD, she quickly proved herself an effective and even-tempered officer. She was recognized as one of those rarest, a blue knight that stood selflessly between the darkness of the world and those helpless to fight against it.

Until Merrick came into her life. She was held a slave by him for two years as a doppelganger took over her life, advancing his agenda of vengeance against the city. Though finally freed of him, the damage was done. Her reputation was ruined, her self-respect shattered. Every day was spent in a drunken haze, and her every night was spent in the arms of a different lover.

Then came that fateful night she decided to go home with the pretty man who had been throwing shy glances at her for the last few weeks. They were sleazy people, desperate and damaged. Their beginning was the opposite of a storybook romance, yet it elevated both of them from the depravity into which they had sunk. The days once again held hope.

Finally, Merrick decided he wanted his plaything back. Jessica would have to find the strength to hold herself together against this shadow that once again threatened to overtake the city of Chicago, not to mention her own soul. And she still had no idea what to get Nick for Christmas.