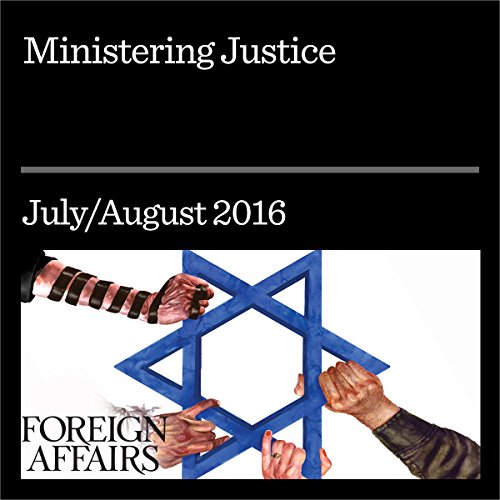 Ayelet Shaked is a relative new-comer to Israeli politics. Shaked, 40, served as Benjamin Netanyahu’s office manager before breaking with the prime minister and joining Naftali Bennett’s Jewish Home party in 2012 and then winning election to the Knesset in 2013. Following the 2015 election, Shaked was named Israel’s minister of justice. Since then, she has courted controversy with a number of moves that critics call undemocratic, such as promoting a bill that would highlight which nongovernmental organizations (NGOs) get a majority of their funding from foreign governments. Shaked, who worked as a software engineer before entering politics, recently spoke to Foreign Affairs’ managing editor, Jonathan Tepperman, in Tel Aviv.

"Ministering Justice" is from the July/August 2016 issue of Foreign Affairs.