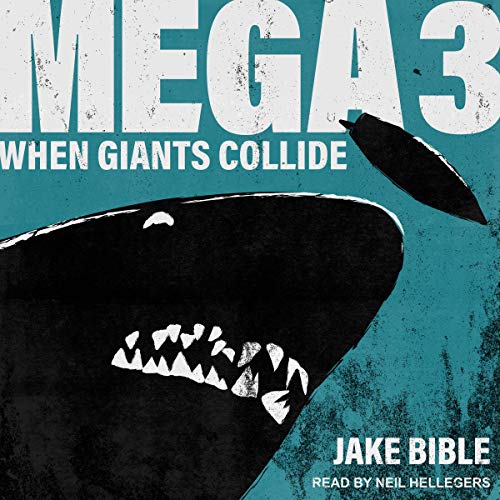 Team Grendel has made some enemies. The team of ex-Navy SEALs, scientists, and highly trained misfits may have saved countless lives, but they are now paying for their heroism. Pursued relentlessly across the globe by an unknown group, Team Grendel finds themselves disavowed by the United States and other sovereign nations for their work outside legal channels.

Across the South Pacific ocean, Team Grendel must flee, headed for a sanctuary only their boss and benefactor knows about, fighting for their lives the entire way. But, as is the luck of Team Grendel, there is more than just human enemies chasing them down.

As they battle their way across the open waters, something so giant, so relentless, and so hungry, pursues them, ready to end their war on the monsters of the deep. The mother of their nightmares has come to the surface, and it will not stop until the Team is dead and devoured!

Yet, even a monster shark of nightmarish proportions has its own enemy, and Team Grendel is about to find out what happens when giants collide!

It just got real!

On the run from the cartels, Team Grendel and the B3 have been busy cleaning up giant beasts while avoiding capture. Enemies old and new converge on the B3, and even they are not prepared to deal with the fallout.
This story is more complex than book 2, but just as funny and exciting. I am definitely enjoying this series!
Neil Helligers does a great job with delivering the Reynolds’ jokes and Thorne’s various attitudes. His work on this series is excellent.

I love each one of these books in the Team Grendel series! The dialogue and adventure are a great combo. Now on to book four.