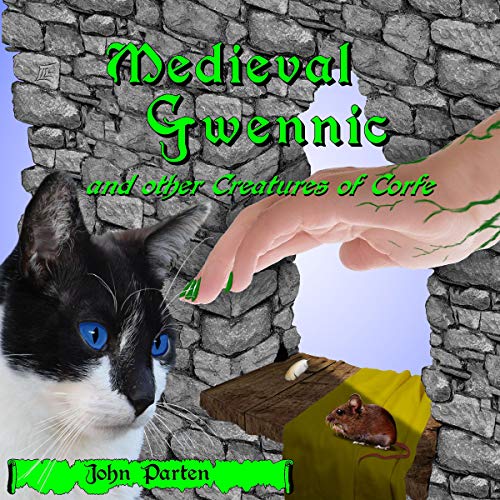 During the year 926, an innocent maiden named Gwennic and her two guides were imprisoned in Corfe Castle. Witchcraft was suspected, and the people of Corfe anticipated public executions. Escape was imperative for the three prisoners, not only to save their lives but also to discharge a royal commission.

An undertaking had previously been made to King Aethelstan in Winchester to protect his secret illegitimate son, the heir to the throne of Wessex, who relocated to Corfe, identity unknown. The heir was not the only mysterious castle resident. Other disguised inhabitants included a royal witch hunter, a spy aligned to the kingdom of Mercia, and an assassin hired by a treacherous contender for the throne.

Outside the castle walls, an army of carnivorous pillagers supplemented by dark magic users approached Corfe. The terrified villagers looked to the garrison for protection. Once again, a siege was imminent.

What happened to Gwennic and the heir?