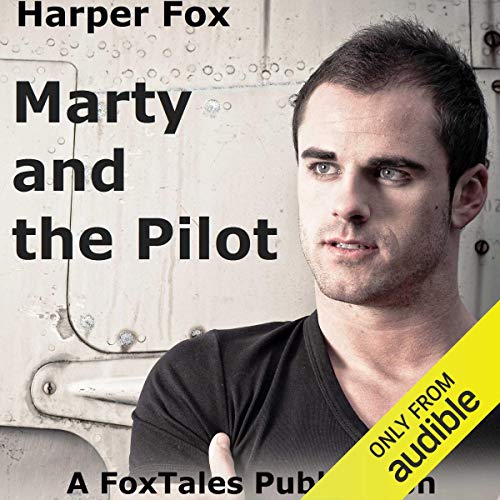 Marty Bell knows what it's like to be bullied. He was the shy, overweight kid at school, and those memories have helped turn him into an excellent teacher - though he's never spread his wings beyond the remote northern village where he grew up.

The last thing he needs in his life is the reappearance of Devlin Surtees, leader of the gang who made his schooldays so tough. Dev is the glamorous village hero now, flying acrobatics planes and fighter jets for the RAF. He's just as spellbinding, handsome and infuriating as Marty recalls.

But the years have transformed both of them, and their old enmity blazes up into a powerful attraction. The sex is great, and Marty's beginning to wonder if the schoolteacher and the stunt pilot might have some kind of future - until a terrible secret of Devlin's comes to light and threatens to drag both of them down into a vortex of the past.

seriously who goes to an elementary school drunk off there you know what to complain about something so stupid when he has absolutely no proof. especially when he had no business being a pilot to begin with I can't even begin to imagine how many innocent lives he endangered doing what he did he should be freaking in prison not pat on the back with the sweet little love interest like the main character I think he has no right being with in the slightest I wish I could just reach in and slap him freaking guy should have just stayed with the ex-boyfriend the two where 2 peas in a pod!
I work in the elementary school and if someone tried to pull that especially someone who wasn't a parent they would go to jail in a heartbeat!!!

They Can't All Be Hits (Spoilers Ahead)

Harper Fox is one of my favorite authors. I've enjoyed almost everything she's written, but this was a big fat miss.

Marty was likable enough, but I never found myself rooting for him. Even though Dev & Jared were selfish and at times cruel, I actually preferred them as characters, could understand their plight and motivations, and wish they'd ended up together. I mean, I get why Marty would've wanted/had a crush on Dev, but long term it just didn't ring true. Marty realizing true comfort and love with Graham would've made for a much more believable and satisfying ending.

Amy's character and storyline was incredible (meaning so nonsensical as to be not credible). And Jared felt like he couldn't be out, but the love of his life - who was his superior at work - could be? How does that make sense? The "arrangement" appeared to have been agreed upon among the 3 of them, but it does make the ensuing jealousy and poor decisions by both Dev & Jared understandable, but that's where the story stops making sense, IMO.

Lastly, Ms. Fox usually lets her political leanings make an appearance in her books, but either the story is good enough to overlook it, or it's done in such a way that it doesn't feel as if the reader is being lectured or preached to, like maybe one of her characters will just make some random swipe or something and move on. She deviated from that practice in this book, and it made for a much more grueling listen. For being a shortish story, it felt like it went on forever.

This story really frustrates me

I have enjoyed 23 novels of Harper Fox but this my 24th really disappointed me. I found the actions of the characters very convoluted and beyond belief. Possibly one or two of the unusual behaviors of the aviators could be swallowed but there were to many things that military personnel could or would allow let alone cover up. The other objection is how our hero is subjected to multiple abuses in childhood and adulthood and still will accept (spoiler alert) with one of his tormentors after multiple betrayals. Sorry but no can’t accept the ending when he had friends that showed him genuine friendship and support.

Cute but rather implausible story. Whole plot happens within a few days. Principle characters end up in bed as soon as they meet after 10 years. Really? And all the drama takes off from there. Sure doesn't flow like anything in real life.

I almost skipped over this book because the title made me roll my eyes, the type that could be titled Rose and the Prince, indicating a rather sappy romance. This was a romance, but with situations and issues that were a bit different than I usually come across, adding more levels of interest. One thing I really liked was that several times I’d be reading with tears in my eyes, yet chuckling in the midst over some unexpected, ironically humorous comment made. It was done in a wonderfully understated way that it fit perfectly.

The storyline was great, and Chris Clog narrated it perfectly. I’d read this again.

my newest favorite writer is Harper Fox. he never fails to put me in tears and laughter. And the ends leave me satisfied and smiling

Kudos to an excellent reader.

Love is worth change

Taking him for granted is what Everyone did with Marty even his pilot. Eventually he found his footing, but not until the end of the book. This audio book will keep your attention the whole way through.

I loved this book! I loved Marty and Devlin. I hated, a little, what happened to Devlin, and, a lot what happened to Marty. It's also possible that was all resolved too easily and that some things happened oddly off page, but I loved their story and would enjoy knowing more about how things worked out for them.

Once again, Chris Clog did an amazing job narrating. He has quickly become one of my favorite narrators.

I will be purchasing this because I want to be able to listen to it again.

I don't normally mention covers unless I live them, but I hate that cover enough to mention it. The guy looks miserable, I don't understand.

This story had potential. However, it