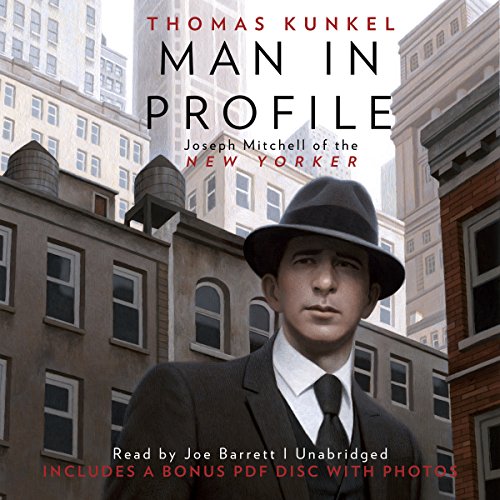 This fascinating biography reveals the untold story of the legendary New Yorker profile writer - author of Joe Gould's Secret and Up in the Old Hotel - and unravels the mystery behind one of literary history's greatest disappearing acts.

Born and raised in North Carolina, Joseph Mitchell was Southern to the core. But from the 1930s to the 1960s, he was the voice of New York City. Readers of the New Yorker cherished his intimate sketches of the people who made the city tick - from Mohawk steelworkers to Staten Island oystermen, from homeless intellectual Joe Gould to Old John McSorley, founder of the city's most famous saloon. Mitchell's literary sensibility combined with a journalistic eye for detail produced a writing style that would inspire New Journalism luminaries such as Gay Talese, Tom Wolfe, and Joan Didion.

Then, all of a sudden, his stories stopped appearing. For 30 years Mitchell showed up for work at the New Yorker - but produced nothing. Did he have something new and exciting in store? Was he working on a major project? Or was he bedeviled by an epic case of writer's block?

The first full-length biography of Joseph Mitchell, based on the thousands of archival pages he left behind and dozens of interviews, Man in Profile pieces together the life of this beloved and enigmatic literary legend and answers the question that has plagued readers and critics for decades: What was Joe Mitchell doing all those years?

What did you love best about Man in Profile?

I will be surprised if this book is not an award winner. Joe Barrett does a great job narrating. Book should be of interest to anyone interested in biographies of writers, New York characters, the art of writing and the human condition.

I listened to this over the course of two weeks and always looked forward to the next installment.