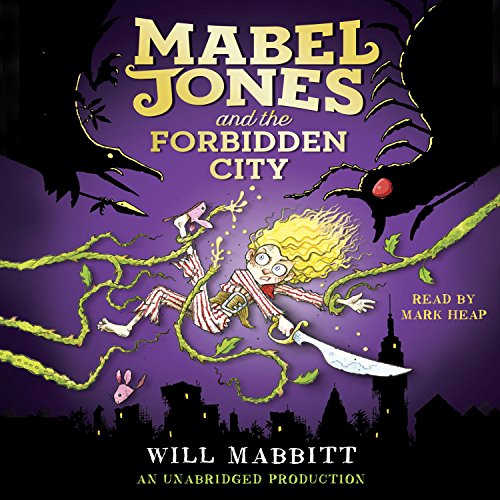 Mabel Jones and the Forbidden City

What do you do when you survive a pirate kidnapping, a milk-drinking contest with a giant grizzly bear, and a stint inside the belly of a whale? If you're Mabel Jones, you do everything you can to avoid another UNLIKELY ADVENTURE!

But when Mabel's baby sister is plucked from her crib by an EVIL witch, Mabel has no choice but to follow both to the jungles of the Forbidden City.

Joining a brand-new cast of characters - and a few familiar faces from The Unlikely Adventures of Mabel Jones - Mabel races an arrogant fox, slays a ferocious millipede, and battles the diabolical witch. But is she prepared to make the ULTIMATE SACRIFICE to save her sister?