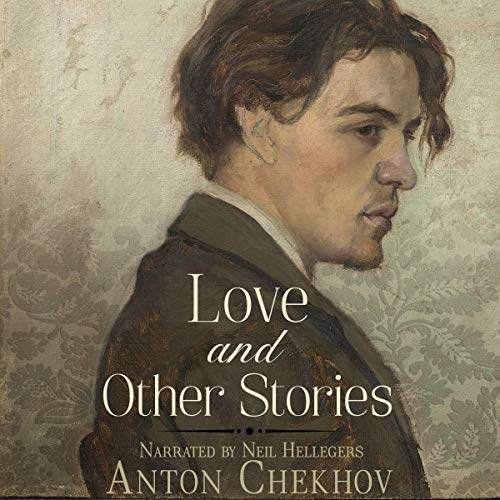 Love and Other Stories

Years before his marriage to Olga Knipper and his self-imposed medical exile to Yalta, years before he even began writing the seminal works of dramatic literature for which he is renowned, Anton Pavlovich Chekhov, to support his financially and physically struggling family, wrote stories...many, many stories.

Starting in his early 20s, living in Moscow, he made a name for himself by capturing the peculiarities of Russian life through satire, humor, pathos, and passion. Myriad influences inspired his eventual words for the stage; his work as a doctor, the culture around him verging on massive transformations, and much more. Yet we can read, and hear for the first time, in these early works an artist warming to the themes and conflicts found later on the boards of the Moscow Art Theatre and everywhere, that vital bridge between tragedy and triviality, his vital distillation of the Russian and human soul.

(Cover taken from painting of the author done by Nikolai Chekhov, his brother, circa 1883)