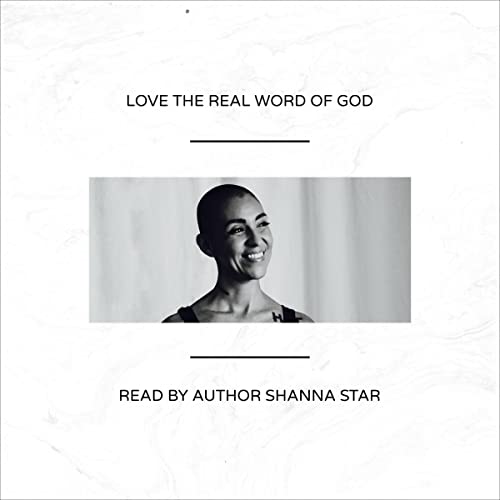 Love: The Real Word of God

Addressing every aspect of the illusions taught as life, from marriage to religion, Love: The Real Word of God speaks the truths of the manipulation placed upon the human race that would lead humanity to choosing its own destruction. Love and God have been defined inaccurately, to keep humanity far from love, which is God, therefore, giving control to the energy opposite of our natural existence. This series will not only break down the manipulations but also provide answers on how to change the path created for the human races destruction though control.

The first book began being written in April 2019, and was finished in August 2020, with the understanding that it was only the beginning of continuous knowledge that would be given to Shanna, for her to deliver it to those in search of the truth. There is no final destination in this life, only a constant climb to higher frequencies of existence. Therefore, one may not know everything in one lifetime, but only what is necessary for evolution of humanity in that lifetime. As long as Shanna allows forward movement within herself, for the purpose of being used as a vessel of truth, which is love, and salvation for humanity, new levels of knowledge will be released in this series, one book at a time.

Love: The Real Word of Godに寄せられたリスナーの声

In this world of pure chaos, Shanna is the lighthouse I needed. Her message is powerful and also very encouraging, as she guides you back to who you really are, pure soul. Love is the answer, always has been, always will be. Embrace your soul and truly love yourself! Thank you, Shanna ❤️

Wow! Connecting on a deeper level

This is incredible 💕 I have this book, purchased this book in Amazon a couple months ago. Listing to it with the voice of the creator connects a Peaceful and loving energy with the listener ... I 100% recommend anyone looking for answers in life or a meaning, if feeling lost or confused or maybe just want to read .. I encourage you to take a peek here, this is the one for you ! Love the real word of God 🤍😇

I preferred the audible version as you here the raw & real emotion in every single spoken word.

The Real Word of God is inevitable nourishment for your soul.. In a time of misinformation and masterclasses, the author thoroughly upholds and speaks from a total and complete embodiment of love. She is able to provide clear inner-standing of our evolution because she’s an example of the very essence necessary to live according to our true nature. This book can serve as a great starting point for yourself and/or your family and friends in unlearning the false foundation of fear forced on humanity. I will definitely be reading part 2 & 3.

This book Opened my eyes

This is one of the most amazing books I have ever read !.. I remember I was telling her she should read it with her voice she has an amazing sweet voice that is super powerful!.. reading this books will open up your heart and your mind and let you see the truth to this life!.. nobody on this planet has a line with creation like Shanna has!.. I look for some more of your creations! Love you! …Love the real word of God is the best important they have out there!

You know the truth when you hear it

with an open mind and heart you'll enjoy this book, it will sing truths to your heart, pour wisdom into your being and you'll see things clearly as never before.

This book is bold, you'll want to read it again as soon as you finished. simply put this book shows what Love is.